Is Watchmen really good or really bad? I’m in the middle. I’d like to consider myself a comic book/superhero expert. I know everything there is to know about just about every major superhero. So I knew that I needed to learn more about Alan Moore’s magnum opus Watchmen. I didn’t see Watchmen in theaters (I wasn’t old enough yet), but the trailer really peaked my interest. Which in my opinion, is one of the greatest trailers I’ve ever seen. I recognised the Watchmen, because I saw a comic book documentary some years back. Watchmen takes place in an alternate reality where superheroes have existed since the 30’s. First with the Minutemen and presently with the Watchmen (Crimebusters in the comic). Consisting of: psychotic detective Rorschach, cold hearted naked blue god Dr. Manhattan, recently murdered Comedian, evil genius Ozymandias, and legacy heroes Nite Owl & Silk Spectre. When I finally did see the movie, it was a lot to take in. It’s a very hard R with bloody violence, language, and an unsexy sex scene. Literally nobody in the movie is likeable. They’re all flawed messed up individuals. The main problem is “how much can you cram into one adaptation?” I read the graphic novel after I saw the movie. It’s much better, because graphic novels are the best medium to tell a story this complex. That being said, I do think Zack Snyder did a good job of recreating it. Jackie Earle Haley gives one of the best performances in a comic book movie as Rorschach. There are some changes (like the ending), but they didn’t bother me too much. Know the history and take it as it is. Just don’t expect a happy ending here. Watchmen is as brutal as superheroes get. 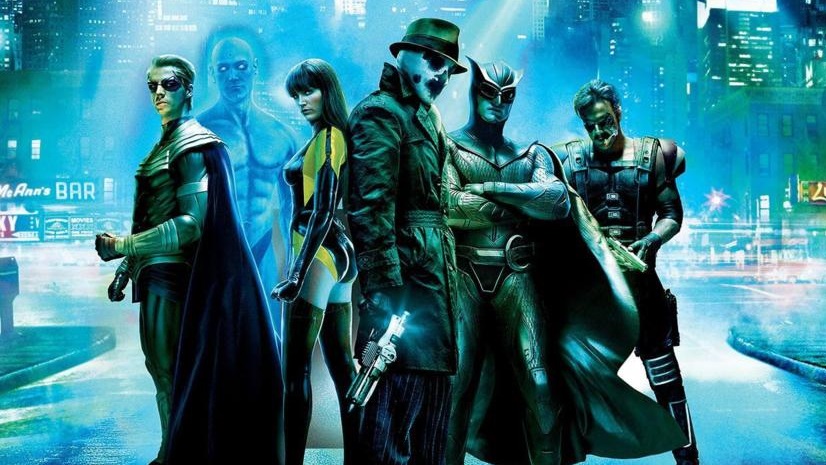