L.A. Confidential is a powerful film about the seedy underbelly of 1950’s Los Angeles. Told from the very different viewpoints of three cops. All trying to solve the same case. Guy Pearce plays the good cop. A man with a moral compass that prevents him from getting corrupted. Russell Crowe plays the bad cop. A man trying to do the right thing, even if he has to lower himself to the level of the criminals. Kevin Spacey plays the “Hollywood cop.” A man who’s more concerned with the publicity that comes with his job. Other great characters include Kim Basinger’s Academy Award winning performance as a celebrity look-alike hooker. Her performance is what keeps things centered. The final product is a movie with plenty of action and neo-noir mystery. You’ll be totally surprised by who ends up being guilty (Rollo Tomasi). It’s a movie that my parents almost always had on in my house. So, like Gladiator, I never saw the movie beginning to end until a few months ago. I only saw center scenes from the movie that I never payed too much attention to. My dad even thinks it should have won Best Picture. It probably would have if Titanic wasn’t in the same year. Still, L.A. Confidential will leave a lasting impression.

Something Wild is a about a man who gets kidnaped by a free spirited woman. What’s her goal you may ask? To teach him to loosen up, and also so he can pretend to be her husband at her High School reunion. Which leads to even more crazy situations involving criminal behavior. Something Wild probably would have fell under the radar for me. However, I already watched a lousy Melanie Griffith movie (Milk Money), and I wanted to watch a good one. It was also a coincidence, because director Jonathan Demme passed away. In the end, Something Wild is an underrated film that will keep you surprised until the end.

13 Going On 30 is the female equivalent of Big. Only instead of suddenly aging overnight, she wakes up 17 years in the future. Much like Tom Hanks, Jennifer Garner also captures what it feels like to be a kid trapped in an adult body. Which leads to funny “fish out of water” situations. Probably the most memorable scene in the movie is the “Thriller” dance number. Even more so, 13 Going On 30 is more about losing one’s identity. How people change over the years. It can be hopeful, but also tragic. So I would say that the moral is similar to Big, but a little different. The moral is actually “make the right choices.”

Oblivion was definitely not a movie I was planning on seeing in theaters. I was on a three day weekend at school and I had nothing to do. So I remembered the movie that was playing at the time, Oblivion. I knew nothing about, but I figured it looked interesting enough to go see. My brother was in school at the time, so I saw it by myself. I’m glad I did, because I loved it. Tom Cruise was never my top choice of actors to see a movie for, but this was the movie that made me re-examine his work. I can’t even talk about the premise without giving a lot away. Let’s just say that the movie is filled with plot twists. All of which were unexpected. The action is as good as I’d expect from Tom Cruise and It’s also a very intimate sci-fi movie, with a lot of practical effects. I highly recommend it.

Seven Brides for Seven Brothers is one of the most significant musicals ever made. It’s also one of my mom’s favorite movies. It proved that even manly men could sing and dance. It’s about a man who seeks a wife in a local town, because he wants someone who can teach his six brothers some manners. Each brother has an alphabetical name and is named after someone in the Bible. So it will help to keep track of their names. Later in the movie, the six younger brothers court (kidnap) six women in the town so that they can marry them. Which leads to several crazy antics. Seven Brides for Seven Brothers is a fun classic. Not too serious, and just the right amount of heart.

The brothers claim their brides

If a pervert was a movie, It would be Milk Money. It’s premise is so messed up that I can’t imagine how it was even made in the first place. Basically, Milk Money is about a group of wide eyed kids who want to pay a woman $100 in milk money just so she’ll take her clothes off for them. Don’t worry it gets worse. The hooker in question ends up getting into trouble and stays at one of the kids houses. Which leads to a romance between the boy’s father and the hooker. Movies like Pretty Woman have done the “hooker with a heart of gold” premise much better. Involving children is just wrong. Even worse when you’re trying to make it a family film. Still, call me crazy, but I didn’t totally hate the movie. Even bad movies like this can hold my attention until the end. Milk Money just shouldn’t have been made in the first place. Just take a health class instead.

Trilogy of Terror is a made-for-TV movie about a trio of horror stories. All of which star the same actress Karen Black in different roles. Of course I wasn’t born in the 70’s, but I am aware of how big this movie got when it first aired. Since my mom told me all about it being like an event. Although I would recommend just watching the third story. Which is the only story that anyone remembers or talks about, but I’m getting ahead of myself.

“Julie” – The first story has something to do with a teacher seducing her students. It’s the only segment with a large cast, but it’s too forgettable.

“Millicent and Therese” – The second story has something to do with a woman with split personalities. With Karen Black doing a dual performance as twin sisters. It’s admittedly a bit more interesting, but still forgettable.

“Amelia” – Really it’s the third story that anyone cares about. It’s a single character story about a woman who purchases something called a Zuni doll (for some reason). The doll is a native hunter with sharp teeth that wears a necklace. Things take a unexpected turn when the Zuni doll comes to life and tries to kill her. I’m a big fan of the living doll premise. Though it’s hard to say whether the doll is scary or funny. It’s the high pitched noise it makes.

In conclusion, if you ever get your hands on Trilogy of Terror, skip the first two segments and just watch the third. 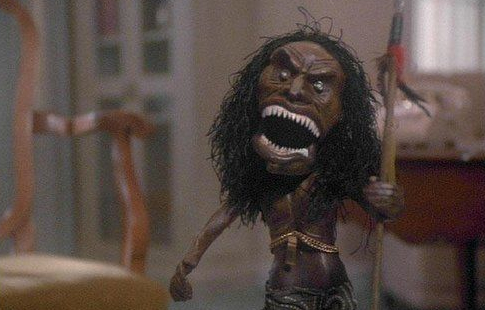 This Film is Not Yet Rated is a documentary about the MPAA (Motion Picture Association of America). Just to clarify, the MPAA are the people who are responsible for giving movies in America their rating. More on them later. This Film is Not Yet Rated focuses on the way the board rates the films it views. Including, how it handles sex, violence, and language. In the documentary, a man hires a private investigator to seek out the identities of the ratings board. Now I’ve never liked the MPAA. I think it’s a very flawed system. This film just confirmed why I don’t like them. Many movies have been given the NC-17 rating in the past or present. All they have to do is edit the movie a tiny bit before they can obtain an R rating. That’s what really annoys me. Movies that really should be “no children allowed” are allowing children to view them. It’s come to a point where artistic vision is ruined, because filmmakers are so afraid of getting a certain rating. Some PG-13 movies I’ve seen should have been R or even PG. Then even worse, there are movies that should be G, but they throw in one inaudible curse word and all of a sudden it’s “not suitable for children.” If it were up to me, I’d say that they should add a few new ratings. Like one between PG and PG-13, and one between PG-13 and R. For once I’d like to go to an R rated movie without worrying if there’s a kid in the theater or not. If you’re in any way interested in the goings on of the MPAA, then give this documentary a watch. Warning Mature Content!

Stand By Me is both a great song and a great movie. It’s a coming-of-age film about four friends who set out in search of a dead body. I’ll bet you didn’t know it was a Stephen King story. The original title of the novella was actually The Body. They changed the title because they thought it sounded like either an adult film or a workout video. Unlike most people my age, I didn’t see Stand By Me as a kid. It’s defiantly one of the most realistic portrayals of kids in a movie. They swear, bond, talk about random things, and react like anyone else would when they see the body in question. In the end, Stand By Me teaches a very important life lesson. Friendships may not always last forever, but memories will.

The boys find the body

Cats Don’t Dance is pure purrfection. Like many other non-Disney movies, Cats Don’t Dance is great but underrated. It’s about the movie industry. Told from the perspective of anthropomorphic animals. It’s an odd movie for sure. I mean, the villain is an evil version of Shirley Temple. The songs are catchy, especially the end song “Nothing’s Gonna Stop Us Now.” I first saw the movie when I was really young, but it didn’t really stick. I figured I didn’t like it. So I saw it many years later and I loved it. In case you’ve never heard of Cats Don’t Dance, give it a watch. I think you’ll be pleasantly surprised. 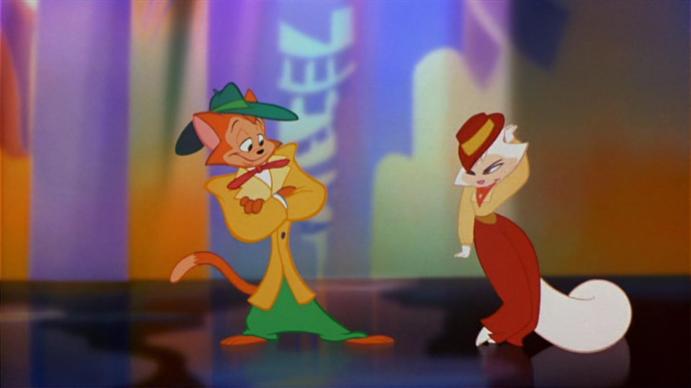