I’ve never been to Disneyland, but when I do go I’ll be sure to check out Tomorrowland. Anything has to be better than whatever the movie Tomorrowland was trying to accomplish. I’ve said before that Disney is just not good at huge blockbusters unless its Marvel or Star Wars. Pirates of the Caribbean was based on a theme park attraction, but lightning doesn’t always strike twice. Tomorrowland has the same problems that plague most movies like this. It’s 2 hours too long, has too many dead spots, and tries to be deep and philosophical, but ends up being dull and uninspired. This is a Brad Bird movie. So it was even more of a let down considering his 90% movie track record. The only good thing about Tomorrowland is the actress playing the robot girl. It was a strong performance actually. Like most bad movies, I believe it could have been better. They should have trimmed down the runtime, actually shown Tomorrowland in all its glory, cut out all the forced depth, and made the action more fun and creative. That might have saved Tomorrowland from being such a mess. 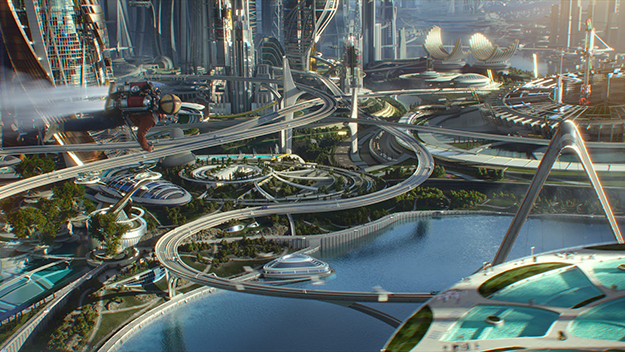 Mr. & Mrs. Smith is the perfect example of a movie having a more interesting off screen story then on screen story. We all know that this is the movie where Brad Pitt and Angelina Jolie met. It was the perfect set up. Have “the sexiest man in the world” and “the sexiest woman in the world” star in a movie together. Little did they know they’d become a real life couple. Leading to controversy, a forced love triangle, and eventually divorce. I said that the off screen story was more interesting. The movie might have been forgotten if not for everything that happened. Mr. & Mrs. Smith has no affiliation with the Alfred Hitchcock movie of the same name. It follows a husband and wife who unknowingly lead double lives. There both assassins working for rival agencies. Honestly, the movie is sort of forgettable and story is a bit cliche. The best thing about the movie is the chemistry between the two stars. The “slap slap kiss” scene in the house is easily the craziest most creative action scene in the movie. Mr. & Mrs. Smith may not be perfect, but it is worth watching. 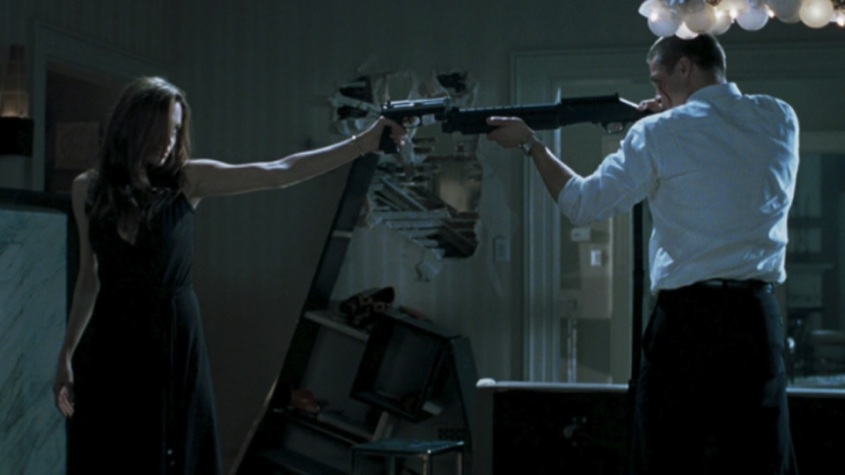 Gumby: The Movie was my first introduction to Gumby. Arguably the most iconic claymation character ever created. Along with his faithful companion Pokey of course. Gumby: The Movie is very old fashioned. It was released in the 90’s, but it looks like it was made in the 50’s. Part of me has a hard time believing it was released in theaters, let alone four months after I was born. I saw the movie later on in my early childhood (on VHS of course). I became an instant fan and I watched the movie several times after. The dialogue may be a little clunky, but it makes up for it in creative claymation. The only real complaint I have isn’t for the movie itself. My complaint is that the DVD cuts out several scenes from the VHS version. To the point where I couldn’t even enjoy watching it. And since video tapes are all but extinct, there’s really no way of seeing the movie in its prime. Oh well, at least I have my memories. St. Elmo’s Fire is one of the lesser known “Brat Pack” movies. Even though it has three of the five Breakfast Club actors in it. Like I’ve said in my Pretty in Pink review, the movies that are directed by John Hughes are the best. St. Elmo’s Fire isn’t directed by Hughes. So it’s not that great. The main characters are kind of unlikable. They all have problems that they bring upon themselves. The whole movie sort of reads like a soap opera. Not to say there aren’t any good attributes about the movie. The song “St. Elmo’s Fire” is very catchy and memorable. Plus the concept of the movie is an important topic. While the 80’s mostly consisted of teen high school movies, St. Elmo’s Fire focused on what happens after high school. Sometimes your dreams don’t come true. It’s a harsh lesson, but a necessary one. It makes St. Elmo’s Fire at least worthy of a recommendation. 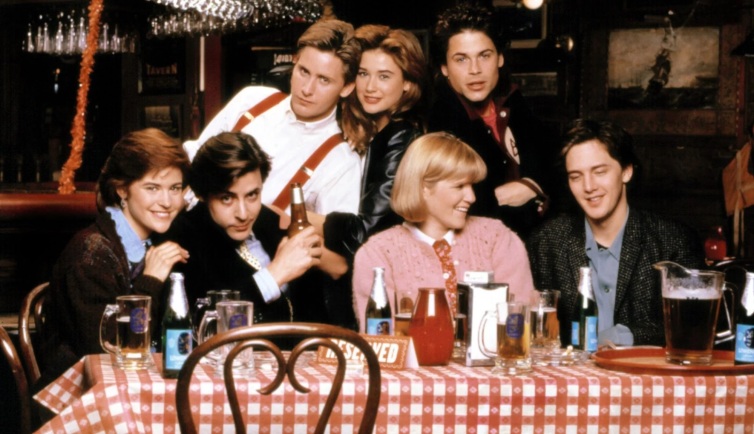 Bridesmaids proved that women can be just as raunchy as men. I don’t usually watch modern R rated comedies. Mostly because I have a hard time finding the humor in something so vulgar. Eventually I realized that I couldn’t avoid watching the movie, so I did. I was pleasantly surprised by how much it made me laugh. Sometimes I watch a female led comedy and I have a hard time relating to the humor. That’s not the case with Bridesmaids. The jokes are diverse enough for anyone to find it funny. Bridesmaids follows a maid of honor who tries to stay close to her best friend who is getting married. Kristen Wiig should be the lead in more comedies she’s so funny. However, the clear standout performance here is Melissa McCarthy. She steals every scene she’s in and actually managed to get an Oscar nomination (which is extremely rare for a comedy performance). If you’re looking a good comedy of the last decade, look no further than Bridesmaids. 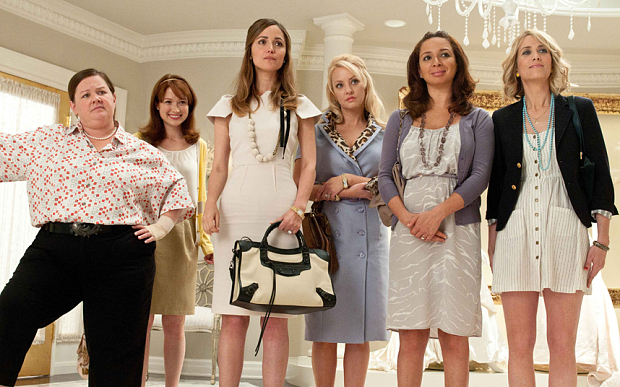 The Bride and her Bridesmaids

FernGully: The Last Rainforest, an environmentalist’s dream movie. I have said on previous occasions that I know a Disney movie when I see it. FernGully is definitely not Disney. Even if it is a musical with fairies and magic. The movie has a very clear environmental message. A message that’s just gotten more relevant over time. The animation is pretty to look at and the voice acting is also pretty good. So what’s the problem? I liked FernGully: The Last Rainforest, but I didn’t love it. It’s not really all that funny, the songs aren’t catchy, and the message can feel a little preachy. Those aren’t major issues, but I don’t see myself re-watching it. So see FernGully if you want something different to watch. That’s my best reason for recommending it. 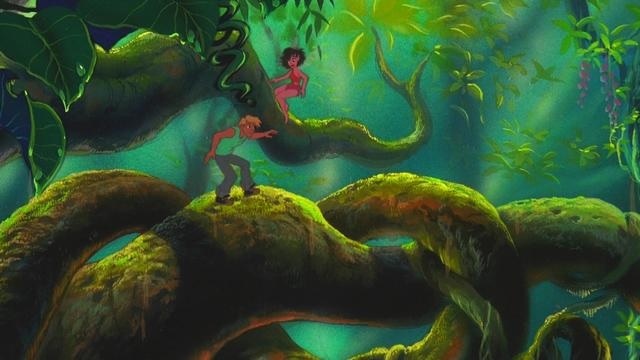 Ghost World is one of a few movies based on a comic book that isn’t about a superhero. The title is a metaphor. Ghost World actually centers on two offbeat best friends who are fresh out of high school. Most of the conflict comes from what they decide to do with their lives. Before I watch it, I did something I never did before. I actually read the comic (graphic novel) on the same day that I saw the movie. That way I could have an easier time remembering how the comic is different or similar to the movie. The movie is actually written by the Daniel Clowes, the same guy who wrote the graphic novel. It’s interesting to see what changes he made to his own story (it was actually nominated for Best Adapted Screenplay). Ghost World the movie is different, but still good. It’s funny in a weirdly relatable sort of way. Thora Birch and Scarlett Johansson star as Enid and Rebecca respectively. It’s a classic case of a star who was big at the time (Birch) getting top billing over a star who would go on to be hugely successful (Johansson). Whether you love comics or love Daria style humor, Ghost World is worth watching. 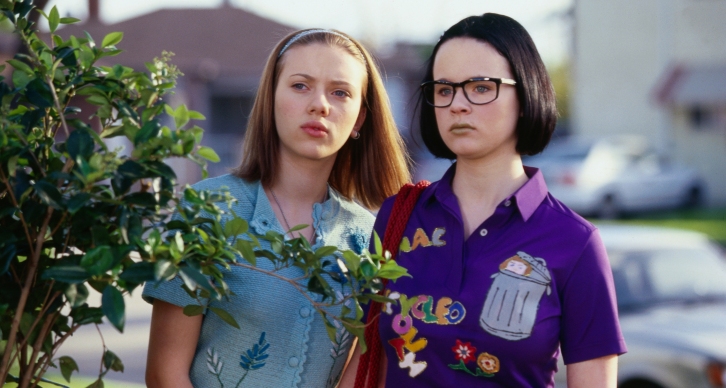 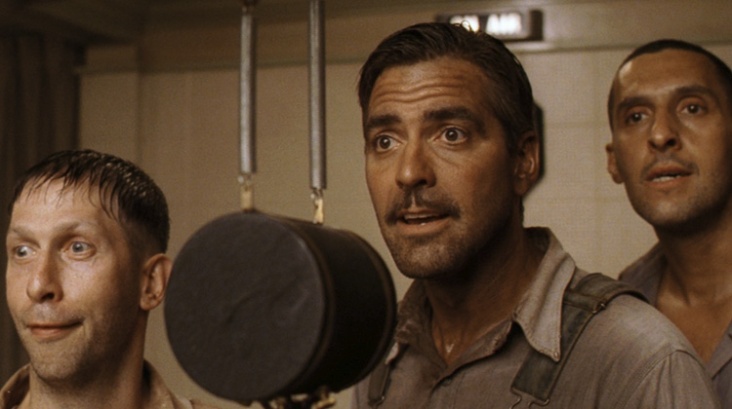 “I am a man of constant sorrow”

Super 8 was a big mystery before its release. Then it turned out to be a more intense ripoff of E.T. Well I wouldn’t say ripoff, but there are similarities. In fact, it seems like the “genre” of a group of kids encountering something supernatural is always being imitated. Super 8 also follows a group of kids. These particular kids are trying to film a movie on a super 8 millimeter camera (hence the title). The supernatural thing they encounter is a bit of a surprise, but I’m sure you can put two and two together. It’s also set in the 70’s, so there is a nostalgia factor. This is the first and so far only original J.J. Abrams movie. I saw it in theaters because it looked interesting. The final product is a bit of a mixed bag. It’s certainly thrilling enough and the kids are likable (though I think they swear too much). The only problem with Super 8 is the fact that I’m reminded of better movies with a similar premise. Not to mention the fact that Stranger Things came along. While Super 8 may not be the best, there is still a lot to enjoy. I recommend it. 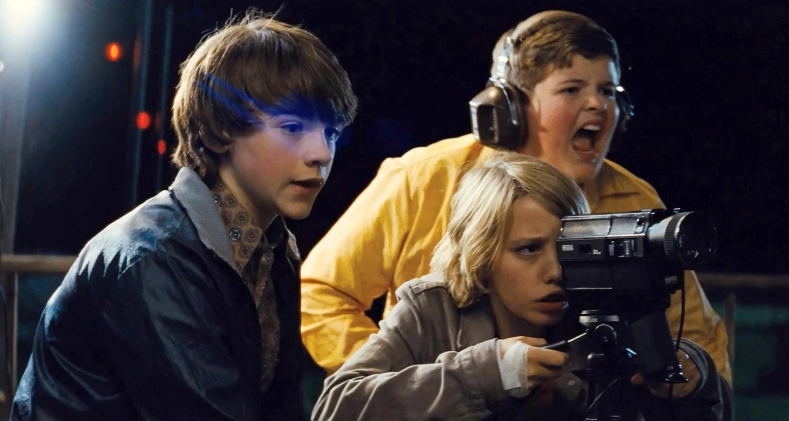 Joe (left) makes a movie with his friends

World Trade Center is a 2006 film about the terrorist attack which occurred on September 11, 2001. An event which occurred 16 years ago today. I was only 6 years old when it happened. Most people my age remember exactly what they were doing when it happened. I don’t know why, but I actually don’t really remember what I was doing or how I felt. I think I was too young to understand how the world worked. It took me a few years to fully grasp the circumstances of what happened. I first saw this movie in middle school as part of my social studies class. I had never even heard of the movie before that moment. The movie kind of flew under the radar despite being an Oliver Stone movie. There are a lot of familiar faces here. All of which come together to make a moving film about tragedy, survival, and the courage the police and firefighters had at the time. It’s probably the most well made movie about 9/11. A day I, as an American, will never forget. 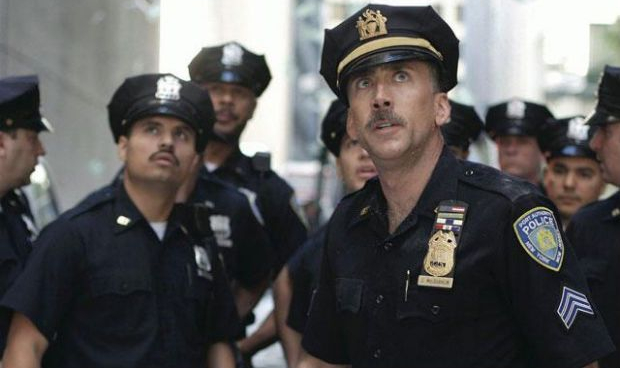 Sgt. McLoughlin (right) and Officer Jimeno (left) look up at the devastation