From the late great zombie king George A. Romero. Monkey Shines taps into our fear of helplessness. When an athlete gets struck by a truck, he becomes a quadriplegic as a result of surgery. A friend recommends he use a helper monkey. Little does he know, his friend has been experimenting on the monkey. The monkey named Ella, becomes attached to her master and attacking his enemies. When I first heard about this movie, I thought it would be silly. It was actually more terrifying then I thought it would be. I couldn’t imagine living life without the use of my body. There’s also an obvious moral about not performing experiments on animals. So if you ever wanted to be afraid of a monkey, Monkey Shines is the movie for you. 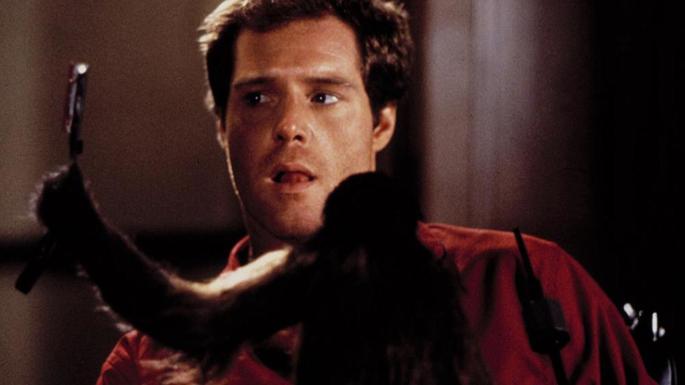 Ella (monkey) holds a knife up to Allan (human)