The Theory of Everything is a movie I’ve been expecting for a long time. Ever since I discovered Stephen Hawking on The Simpsons, I thought his story would make a good movie. Stephen Hawking is a fairly well known figure whom I felt needed a movie. In case you’re unfamiliar, Stephen Hawking is considered the smartest man alive. He’s stricken to a wheelchair and is only able to speak through a computer. The Theory of Everything chronicles his life from before and after he was diagnosed with ALS. I learned a few things I didn’t know from watching. I didn’t realize Stephen Hawking (a nerdy physicist) was married not once, but twice! Plus it didn’t occur to me that he was British. The computer’s voice is American so I figured he was American. Stephen Hawking may be a smart man, but he’s dumb when it comes to not believing in God. I’ve never understood how most scientists would think that. The movie does get into that quite a bit. Eddie Redmayne got an Oscar for his portrayal. He perfectly portrayed Hawking’s slowly losing all his motor functions. The Theory of Everything is a very well put together film. I hope I didn’t offend anyone with my opinion. 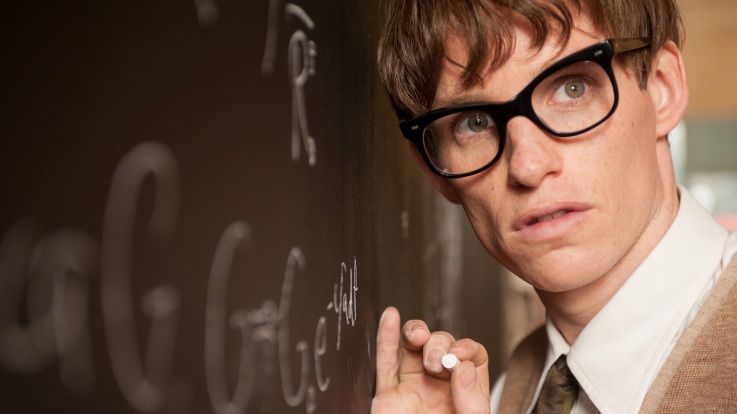