Chicago is currently the last musical ever to win Best Picture. It was also the first musical to win since Oliver! in 1968. I don’t have a problem with that, I just wish it was for something more deserving. Don’t get me wrong, I really do like Chicago, but Best Picture seems like a little much. Although most of the cast did receive an acting nomination (Catherine Zeta-Jones won). I guess the Academy was still unwilling to award a fantasy Best Picture (i.e. The Lord of the Rings). If you’ve read my “about” page you know I live in the Chicago area. So I’d love anything set in places I’m familiar with. I first saw Chicago in school, then I watched it at home, and then I saw it again in another class. The thing about the movie is that it’s just a stage musical put to screen. I’m fairly certain everything that happens in the play is the same as what happens in the movie. The songs are great and it feels more unique than other musicals, because the movie is kind of part play part movie.  In case you’re unfamiliar with the story, Chicago is about two women who get imprisoned for murder. Velma Kelly is a showgirl who murdered three people including her husband and sister. Roxie Hart is an aspiring vaudevillian who murders her lover whom she thought would get her into show biz. They both end up with the same lawyer who eventually gives more attention to Roxie. I guess that’s the main problem with musicals turned movies. Chicago doesn’t exactly have main characters that you root for. The songs take your attention away from the mixed moral message. I love a good musical, but I wouldn’t take Chicago too seriously if I were you. 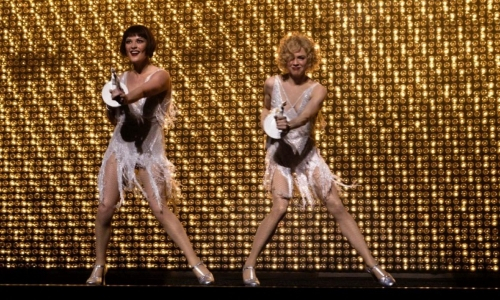