The Wicker Man (2006) is the American remake to The Wicker Man nobody asked for, but got anyway. Although strangely enough, I had the exact same opinion I had watching the original. In the way that the movies don’t really get good until the end. It’s just good in a bad way for the remake. The Wicker Man (2006) has the exact same premise of the original and most of the scenes and dialogue are the same. Yet somehow everything sounds a lot stupider and less sophisticated. The fact that the movie’s set in America instead of England is probably partly to blame for it. But we all know the real reason this version sucked, an actor by the name of Nicolas Cage. His over-the-top acting is usually welcomed in most movies, but it comes completely out of nowhere in this one. We all know the hilariously infamous “Bees” scene. The Wicker Man (2006) is mostly a dumbed down Americanized rehash, but there are a few differences, none of which make sense. Instead of having strong religious context, it’s about women dominating men. Which doesn’t have the same impact compared to faith and purity. They’re still pagan, but it doesn’t link up as well. They also replace crop shortage with honey shortage (that’s where the bees come in). Not to mention the numerous nightmare sequences that pop up every so often. The original Wicker Man was genuinely creepy and impactful. The remake just turns everything into a joke. Even the ending loses its effect when Cage is screaming like a banshee. 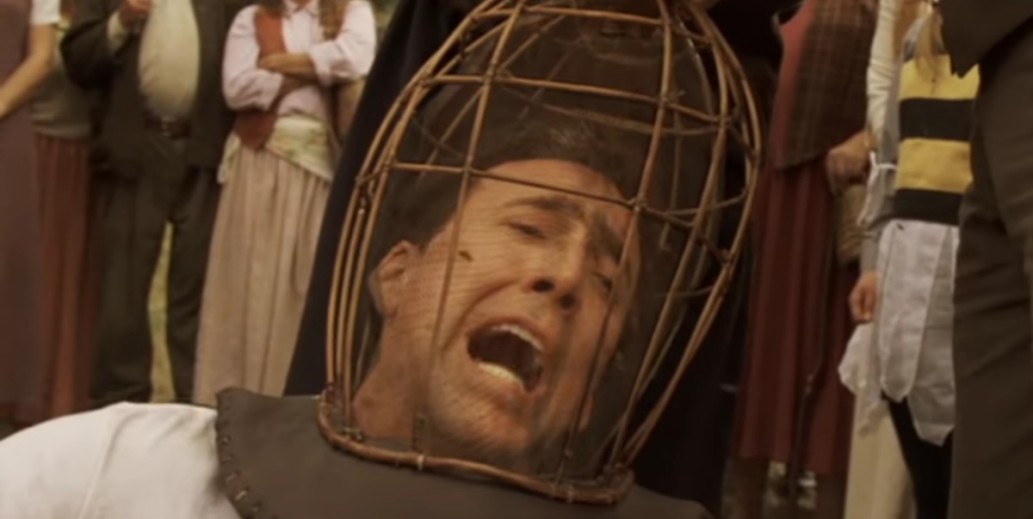