Back to the Future Part III was shot back-to-back with Back to the Future Part II. Even though a sequel was never planned, Robert Zemeckis gave us 2 sequels for the price of one. Back to the Future Part III stands out because it’s technically a western. Which can be a little jarring for a trilogy mostly set in modern time periods, but you have to remember that this is a time travel series. They could very easily see the signing of the Declaration of Independence or witness the birth of Christ if they wanted to. Traveling to the old west makes sense since it’s when America was first formed. Back to the Future Part II ended with the DeLorean being struck by lightning with Doc inside it. The DeLorean vanished, but Doc was sent to 1885, leaving Marty with only one way to get back to the future. There was even a short teaser for the next movie at the end of it. As I’ve explained before, Back to the Future Part III was likely the first movie in the trilogy that I was aware of. My parents had it on VHS and I watched it after I watched the first movie. Needless to say I was hopelessly confused. I had no idea why Marty was still in 1955 or why there was a hoverboard in the movie. I know my parents meant well, but I’ll never do that again…

Back to the Future Part III picks up right where Back to the Future Part II left off. Marty now needs help from the 1955 Doc to find the DeLorean that’s been buried by Doc in 1885 so that Marty can go back to the future. That’s the plan, until Marty discovers that Doc was shot by an outlaw named Buford “Mad Dog” Tannen (Biff’s descendant) back in 1885. Now the plan is to rescue Doc and bring him back to the future as well. So Marty travels to the year September 2, 1885. Where he sticks out even more with his colorful cowboy outfit and modern day mannerisms. He also runs into his great ancestors Seamus and Maggie McFly. Played by Michael J. Fox and Lea Thompson once again in duel performances. Thomas F. Wilson is of course the one playing Mad Dog. Making this the only Back to the Future movie without Biff as the villain. Biff, Jennifer, and Marty’s family only make a very brief appearance at the end. Most of the action takes place in the old west. With Doc and Marty now dealing with the problem of getting the DeLorean to 88 miles per hour. Since gasoline isn’t on the market yet, the only solution is to have a locomotive push it, and to get the engine hot enough for it to go really fast. Meanwhile Doc has a love story of his own with a school teacher named Clara Clayton played by Mary Steenburgen. Who was meant to die in a ravine until Doc rescued her. As you can see, Back to the Future Part III shares a lot more similarities with the first movie. Which is what makes it a stronger sequel. They return to a focused story, the power of love theme, and a pressing need to get back to the future. Although every Back to the Future movie has moments that are imitated. Something they do on purpose because history repeats itself. There’s also things from the second movie that pay off in the third. Like Marty being called a chicken (yella in the third) or Doc wanting the DeLorean destroyed. Since time travel is too much of a burden. You might not know how to feel about Back to the Future Part III being set in the old west, but it’s one of the best sci-fi westerns there is. It brings the Back to the Future trilogy to a close in the best way possible way. “Your future is whatever you make of it.” 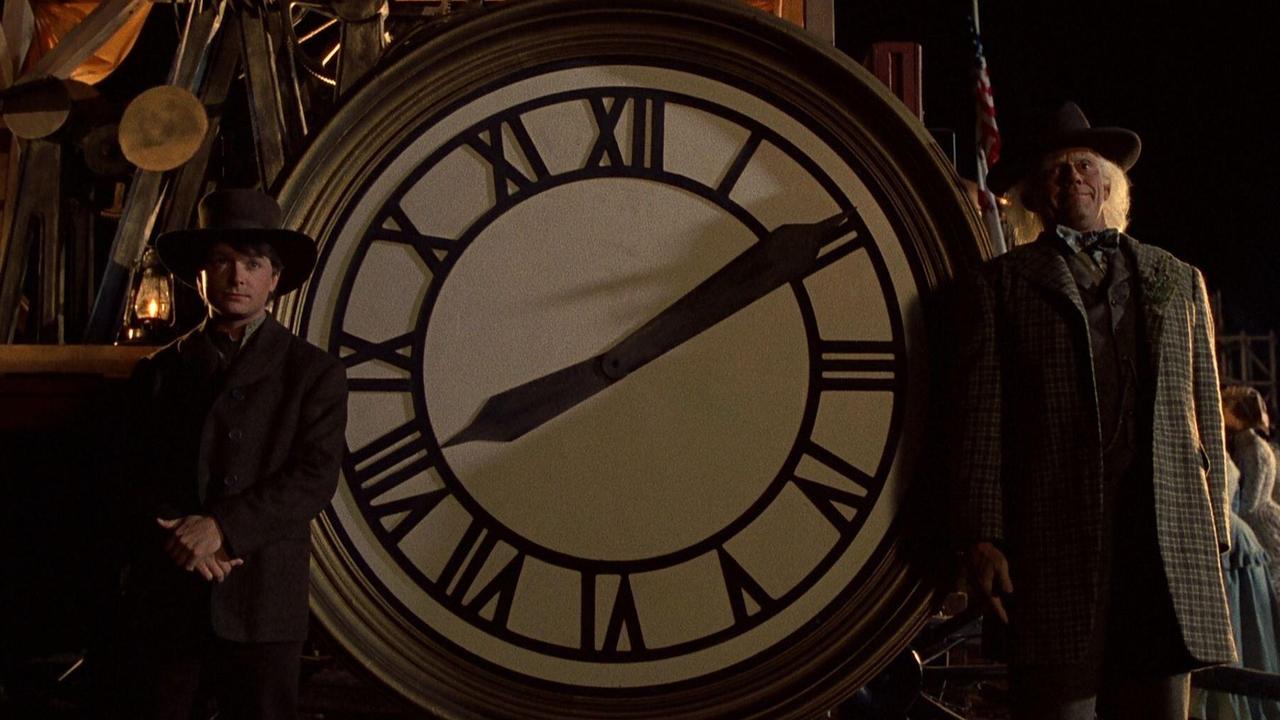 Doc and Marty pose for a photograph

Preceded by: Back to the Future Part II

One thought on “It’s a Science Experiment”