In the Heat of the Night is the first movie to win Best Picture with a black lead. It’s also the last movie to win Best Picture without an official MPAA rating (as the following year was the first to introduce it). At this point I realized that Sidney Poitier was the biggest black actor working in Hollywood back in the 60’s. As if he was the only actor they wanted to break new ground. That’s why my mom loved his movies so much. In the Heat of the Night was always close to the top of her suggested movies. So I knew it was very important that I see it. In the Heat of the Night takes place in a southern city where a high profile murder has just taken place. Sidney Poitier portrays a police officer/homicide detective named Virgil Tibbs, who gets falsely arrested by a racist white cop (despite his wearing a well-tailored suit). It’s only when they find out who he is that they begrudgingly accept his help on the case. In the Heat of the Night is the first movie to feature a black man striking back at a white man. Almost completely unheard of back then. It’s also best remembered for its line, “they call me Mister Tibbs!” and the theme sung by Ray Charles. Sidney Poitier wasn’t nominated for Best Actor, but his co-star Rod Steiger was (and won). He portrays the police chief in a way where he’s not too far one way or another. In the Heat of the Night is a very important film and one that teaches us the timeless lesson not to judge a person by their outward appearance. 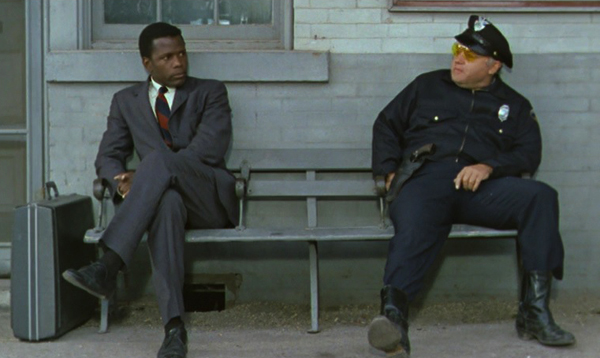