I’ll Be Home for Christmas is another bad forgotten Christmas movie. I’ve only seen the movie once, but I feel like I’ve seen it many times, because a VHS tape I watched frequently had an I’ll Be Home for Christmas teaser on it. Jonathan Taylor Thomas was a big star back in the 90’s, having recently left Home Improvement. He stars as Jake, an egotistical jerk who was rightfully dumped in the middle of the desert dressed as Santa. Why is he an egotistical jerk? Because his dad wants him home for Christmas and bribing him with a porsche is the only reason he goes. He also somehow has a girlfriend. Played by Jessica Biel, who was known for 7th Heaven at the time. He wants to take her to a tropical climate, but she wants to go home for Christmas. When Jake is stranded, his girlfriend has to accept a ride from his rival. From there, Jake takes advantage of old ladies, criminals, cops, sick kids, a race for charity, and his own sister all for a car. Can you believe this is a Disney movie? I’ll Be Home for Christmas is neither funny, nor cheerful. 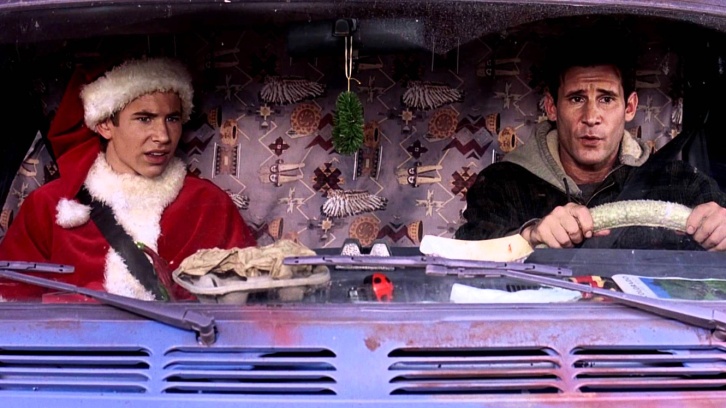