Cats & Dogs: The Revenge of Kitty Galore came out about 9 years too late. As I said in my Cats & Dogs review, no one seems to like talking animal movies anymore. This and the previous year’s movie G-Force are the main reason I stopped going to the theater to see them. Although I could tell I wasn’t going to like it as much as the first movie, nostalgia was the main reason I went to see it. Cats & Dogs: The Revenge of Kitty Galore once again takes cues from Bond films. The hairless Sphynx name is an obvious toned down reference to Pussy Galore. Fun fact, Kitty Galore was actually the name they were gonna use in Goldfinger if the censors didn’t allow the alternative. There’s also a cat named Tab Lazenby voiced by James Bond himself Roger Moore. The main problem I had with the sequel is that it replaces a lot of the original voice cast and by extension limits their role in the movie. Replacing them with a boring police dog, a pigeon, and a cat working on their side (since not all cats are evil). I don’t disagree, I just think cats work better as villains. Kitty Galore’s plot is pretty much copy and paste. Plus the CGI seems to have gotten worse. Cats & Dogs 2 is just pure kitty litter. 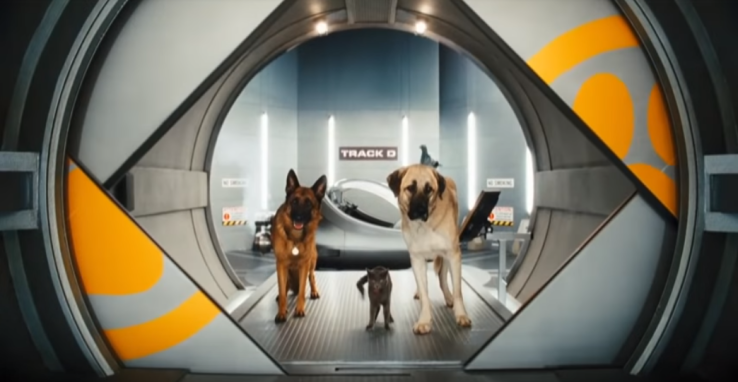 Cats and dogs fighting together