Get Him to the Greek is a comedy I would never have seen if I didn’t know it was connected to Forgetting Sarah Marshall. Since the character Aldous Snow was such a stand out, they decided to make an entire movie centered around him. I said before that I wasn’t the biggest fan of Russell Brand (I found him a bit annoying), however both films made me like him a bit more. Since his long hair and unusual personality fits a rock star like this. His songs may be exaggerated, but they could totally work in the real world. After a controversial song and break up drives Aldous Snow back to drinking, a talent scout makes it his mission to get him a comeback performance at the Greek Theatre. Despite appearing as a huge fan of Snow’s in Forgetting Sarah Marshall, Jonah Hill actually plays a new character. Aaron Green, who has to put up with his shenanigans while traveling from London to L.A. Although I definitely wasn’t crazy about every raunchy joke (some of it goes too far for my taste). There are a few good standouts. Like the furry walls drug freak out, the happy Jonah Hill meme, or most of what P. Diddy does. While it may be a spin-off, Get Him to the Greek is still a rockin’ fun Judd Apatow production on its own. 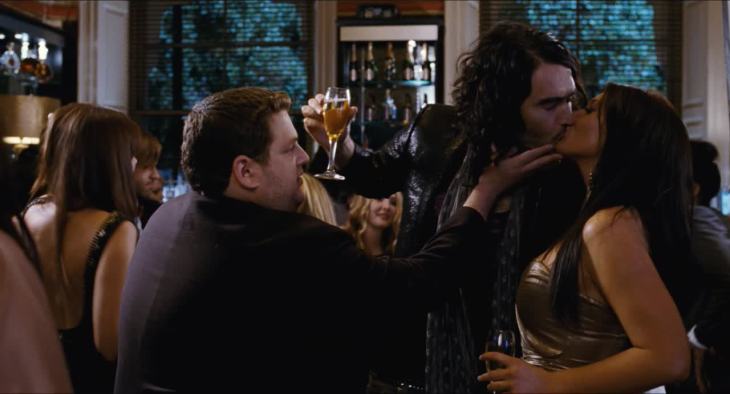 One thought on “Furry Walls”