Baby Geniuses appeals to the lowest common denominator. If you’ve ever wanted to see a movie about intelligent talking babies, then this is the movie for you. Although I’d be lying if I said there wasn’t a point in time where I did enjoy it. I’m pretty sure I saw Baby Geniuses in theaters, but I never owned it on VHS.Since I was a huge fan of Rugrats growing up, I enjoyed the whole talking baby thing.

But while Rugrats appealed to children and adults, Baby Geniuses doesn’t appeal to anyone. Baby Geniuses claims that baby talk is actually an intelligent form of communication that only babies can understand. Most of the movie’s runtime is dedicated to studying the babies. A large portion of it also takes place in a nightmarish amusement park. Meanwhile the babies are able to talk to each other, do karate, perform hypnosis, and even use telepathy. Until they just decide to stop being geniuses.

Surprisingly, this was the first movie to use digital mouth movements for humans. Although since infants are clearly not the best actors, it never looks convincing. Even creepier when a babies head is placed on a little person’s body. Not to mention the fact that most of the jokes are poop and pee jokes with the occasional swear word thrown just to make it edgier. Maybe there was a time that I enjoyed it, but honestly Baby Geniuses was written by adult morons. 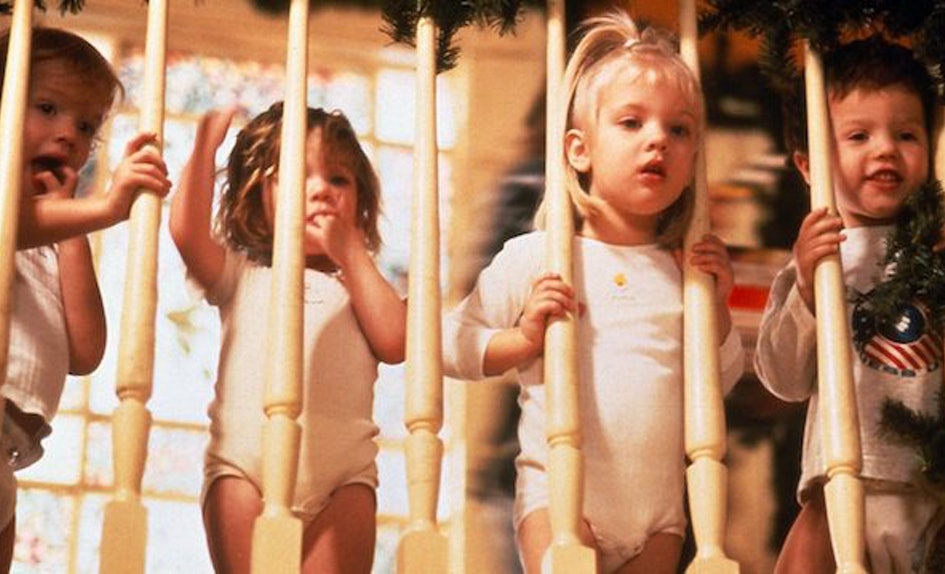