Die Another Day is the twentieth film in the long running franchise, and it was the first Bond film in the new millenium. It was also released during the 40th anniversary of the franchise. It’s not based on Ian Fleming’s work, but it does celebrate the anniversary by including a reference to every single James Bond film released up to that point. From Dr. No to The World is Not Enough.

Some references simply appear as past gadgets in Q’s basement. While others are more difficult to spot. I won’t list them all off, but I do recommend looking them up. Die Another Day is viewed by many as the Bond film that jumped the shark. Since it more or less panders to young people who were into extreme sports and special effects heavy movies in the early 2000’s. Leading to this becoming Pierce Brosnan’s final go at 007… 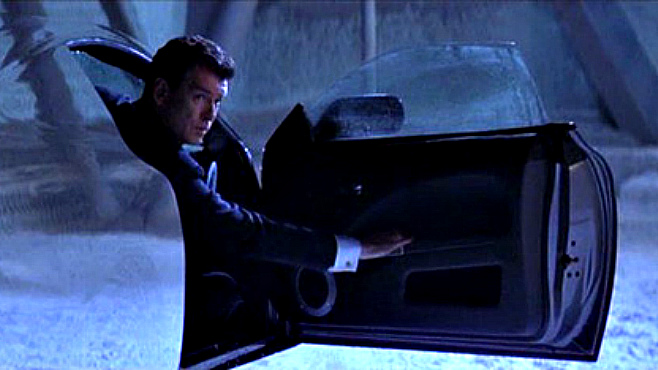 The Mission: Find mole hidden within British government and prevent use of destructive laser

Analysis: While Die Another Day does do some pretty outlandish things, it still has one of the darkest openings in any Bond film. After surfing his way into a North Korean military base, 007 stops an illegal diamond trade, and presumably kills their Colonel Tan-Sun Moon. It gets really dark when Bond is betrayed and imprisoned in a North Korean compound. Where he’s tortured for information. All of which is shown during the opening credits sequence. Along with scorpion’s and women made of embers and diamonds. Most people can’t agree on the quality of the Madonna theme, but I personally think it’s one of the worst. The autotuned nature of the song is too early 2000’s to fit the Bond style.

Madonna also makes a cameo in a fencing scene (which earned her a Razzie). After a grueling 14 months, Bond is exchanged for Zao. Moon’s henchman with genetically albino skin, enhanced vision, and diamonds implanted in his face. M suspends 007, but he still sets out to uncover the identity of his betrayer. Along the way Bond meets Jinx. An NSA agent who makes her entrance in a sexy orange bikini à la Honey Ryder. It was only a matter of time for Halle Berry to play a Bond girl, and she certainly left an impression. She was the first black Bond girl to be both a lead and heroic. Since all others were in some way villainous. Jinx was so popular that she also nearly got her own spin-off.

Miranda Frost is the other Bond girl who appears as a fellow MI6 agent, but turns out to be responsible for Bond’s betrayal. Rosamund Pike plays villains well. It’s what brings us the series first Bond girl fight. In the end, Bond finally ends up with Moneypenny (but only in a simulation). Die Another Day is really faulted by its over abundance of wacky gadgets, cheesy one-liners, explosions, and dreadful CGI. The new Q actually supplies 007 with an invisible car and the villain has a palace made of ice. The weird thing about the villain is that he’s the Asian Colonel Moon in disguise as the caucasian Gustav Graves. The biggest shark jumping (or should I say wave surfing) moment is when a space laser melts the ice caps and Bond is forced to surf a giant poorly rendered CGI wave. Die Another Day may have killed Pierce Brosnan’s 007, but he fortunately lives on as James Bond’s craziest chapter yet. 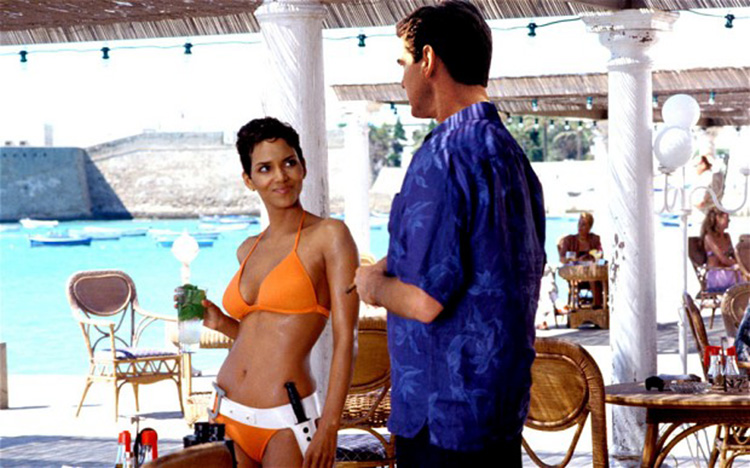 James Bond speaks with Jinx on a beach