Happy Thanksgiving! Smoke Signals is the first movie made by Native Americans for Native Americans. Meaning almost the entire cast and crew was Native American. For that it was recently let into the National Film Registry. Something even the most well known classics haven’t gotten into. The only reason I know about it is because my Freshmen reading teacher showed it in class. I very much enjoyed it as the first modern Native American tale that I saw. Although they refer to themselves as Indians.

Smoke Signals follows two young Indians named Victor Joseph and Thomas Builds-the-Fire. They both live on an Indian Reservation in Idaho. Victor strives to be as stoic as possible. While Thomas is a nerd who honors his heritage by frequently telling stories. He was rescued as a baby by Victor’s dad in a fire that claimed his parents lives. Thomas idolizes him, but Victor resents his father for leaving due to his abuse and alcoholism. They both take a trip to Arizona in order to retrieve his ashes. Where they have plenty of time to discuss their perceived Indian identities.

The primary theme is lying. Something that comes up a lot in the movie. Especially in Thomas’ overly exaggerated stories. Smoke Signals is full of great Native American performers. Like a young Adam Beach or Pocahontas herself Irene Bedard. I found the unique cultural perspective of Smoke Signals to be the best part. Better since I have some Native ancestry on my mother’s side. Smoke Signals is a story worth telling. 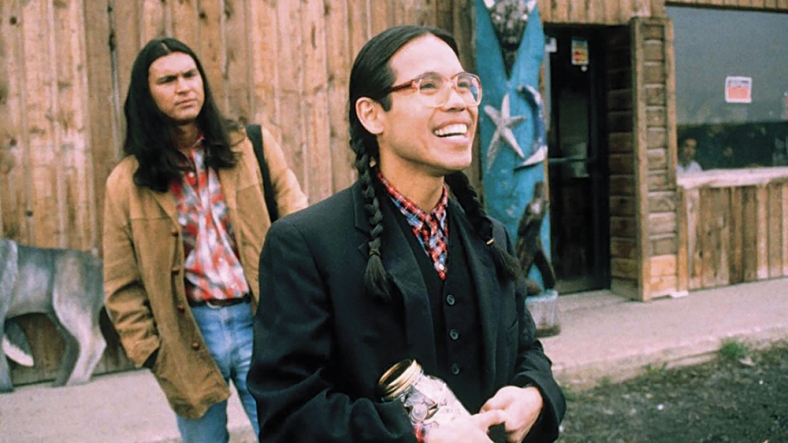