Zombieland: Double Tap wins the 10 year challenge. Despite a fun unique take on zombie survival, it seemed like a sequel and/or show would never happen. What with the near dominance of zombie related media. Not to mention the fact that all four leads became Oscar nominees (Emma Stone being the one winner). So it wasn’t until 6 years after a failed Amazon pilot that a sequel was finally confirmed with Jesse Eisenberg, Woody Harrelson, Emma Stone, and Abigail Breslin all returning.

Zombieland: Double Tap picks up a decade after the initial zombie outbreak. Yet life is still pretty laid back, because the power is somehow still on. The only major change is a mutated set of new zombies. Dumb ones, smart ones, sneaky ones, and nearly unstoppable ones. While not overly fresh, it’s just nice to catch up with these survivors. Columbus and Wichita are trying to figure out their relationship. While the now Elvis obsessed Tallahassee is overprotective of the much bigger Little Rock.

Despite how long this zombie apocalypse has been going on, there’s still a large amount of survivors. Like a hippie love interest for Little Rock, an equally badass love interest for Tallahassee, and unlikely doppelgängers for him and Columbus. The most entertaining new survivor is a ditzy blonde love rival to Wichita named Madison. In the end, everyone grows as a person while killing as many zombies as possible. What more could you ask for? There’s even justice for Bill Murray. Zombieland: Double Tap rule #32 (“Enjoy the little things”) officially fulfilled. 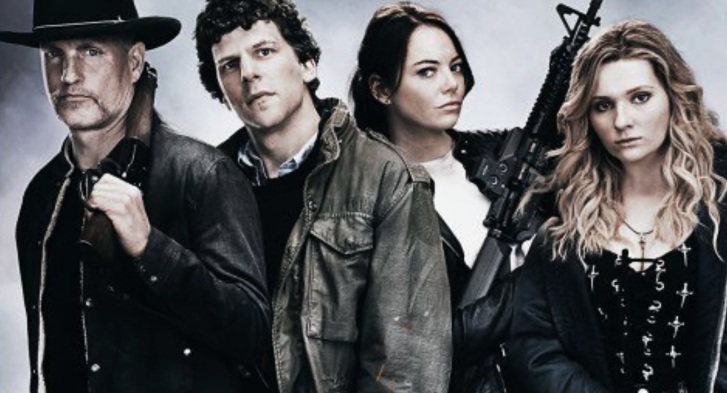 2 thoughts on “Planet of the Zombies”