Die Hard 2 (sometimes with the ridiculous subtitle Die Harder) takes all the action to an airport. Yet again taking place near Christmas. Detective John McClane proves to be the unluckiest guy in the world when he once again faces a terrorist situation in a confined space. Just like Home Alone, it’s a bit hard to believe that something like that would happen two times in a row. Bruce Willis and all the important characters return as well. His wife, police officer VelJohnson, and even that sleazy reporter.

Just like Die Hard, Die Hard 2 is very loosely based on an unrelated book. 58 Minutes is also about a New York City cop trying to stop terrorists at an airport on Christmas Eve. It may sound like it drew inspiration from Die Hard, but it was actually published 1 year before the first movie was released. McClane is waiting at Washington Dulles International Airport for his wife to arrive from L.A. Until a former U.S. Special Forces Colonel hijacks the airport and deactivates their landing systems. In hopes of rescuing a drug lord/dictator. Since his wife is on one of the planes, McClane knows the drill. Even with other cops trying to intervene, he’s the only one who can fight them off one-by-one.

It goes without saying that Die Hard 2 isn’t as exciting in an airport. Plus McClane is wearing shoes. The main source of tension actually comes from a blizzard. While the craziest action scene involves McClane escaping an exploding plane in an ejector seat. Die Hard 2 may not hit as hard as before, but there’s more than enough explosions to make up for it. “Yippee-Ki-Yay Mr. Falcon.” 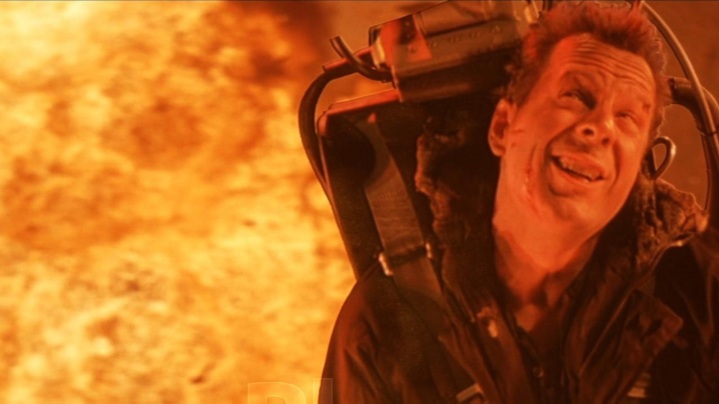