Jumanji: The Next Level seemed like a replay of Jumanji: Welcome to the Jungle, but somehow it’s just as hilarious and action-packed the second (third?) time around. Even though the story of kids getting sucked into a video game and winning seemed pretty closed, a nearly billion dollar box office haul begged the differ. Dwayne Johnson, Kevin Hart, Karen Gillan, and Jack Black all return looking exactly the same. The biggest difference being who ends up as who.

Jumanji: The Next Level picks up with the four kids now attending college and reuniting for Christmas break. Only one of them misses who he was in the game. So he foolishly rebuilds Jumanji. Unbeknownst to his friends, two more people accidentally end up in the game. Danny DeVito becomes Dwayne Johnson and Danny Glover becomes Kevin Hart. Both are hilarious playing even more against type than before. Karen Gillan stays the same, but Jack Black is now the black jock. Making the body swap humor all the more wacky.

This time their adventure takes them to burning desserts and snowy mountains. Another addition is the inclusion of two new avatars. One is Awkwafina as a crafty burglar and the other is a horse. Nick Jonas does return, so you can probably guess who ends up in what body. Although everyone does eventually end up back in their original avatar. The funniest scenes are sort of similar to what came before. Jumanji: The Next Level sticks with what works, but adds enough to pack a punch. 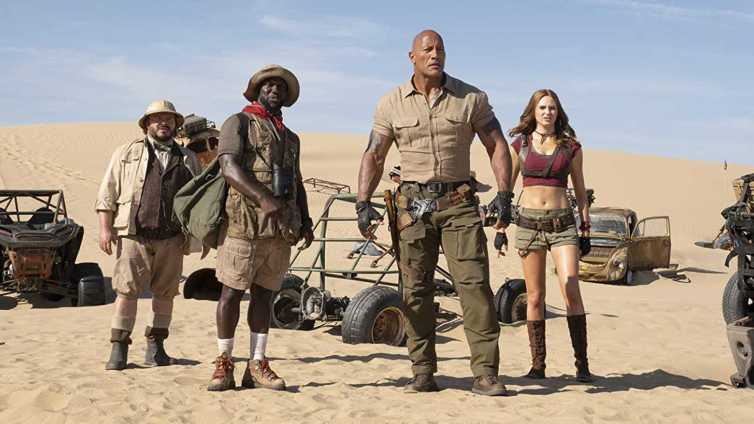 Preceded by: Jumanji: Welcome to the Jungle