Yesterday brings the Beatles into the 21st Century. With an idea so interesting, I knew I needed to go by myself to see it. It helps that like most people I’m a big fan of the Beatles. “What if no one on Earth but you remembered the Beatles?” No band or artist has ever released as many hits as Paul McCartney, John Lennon, Ringo Starr, and George Harrison. So the concept made perfect sense. I know I’d probably take advantage of a power like that.

Rather than just make a biopic, Danny Boyle instead focuses on British Indian singer Jack Malik. He’s just a struggling singer working with his best friend (and obvious true love) Ellie. Yesterday, all Jack’s troubles seemed so far away. Now it looks as though they’re here to stay, because a blackout and freak accident causes him to wake up in a world where the Beatles don’t exist. He’s a nice guy, so he does think about the moral implications of getting famous off all their work. With Ed Sheeran’s help, Jack does become the greatest artist who ever lived.

What I didn’t consider was the fact that you have to remember every song off the top of your head. There’s also a funny running gag about other pop culture things being gone. For me Yesterday was just an excuse to sing along to Beatles songs in the theater, but I really do think there was a lot of untapped potential. The film mostly focuses on Jack and Ellie’s romance. They’re a cute couple, but you can find that anywhere. At least that’s what I thought at first. Now I let it be and can’t help but embrace Yesterday. 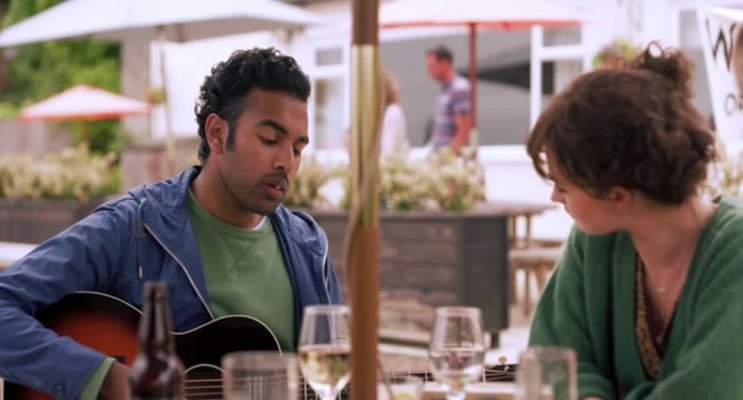