Once Upon a Time in Hollywood is Quentin Tarantino’s most mature film. And I don’t mean in terms of its R rating. Rather the film keeps Tarantino’s penchant for shocking often controversial material to a minimum. It’s also when the director finally ditched the Weinstein Company. That and its full embrace of Hollywood, are most likely why its received more awards attention than any other Tarantino flick. Including a nomination for Best Picture. It was at this point I realized I couldn’t keep ignoring his films. Now all I have left is his self-proclaimed 10th retirement film. Since Tarantino loves bygone eras, Once Upon a Time in Hollywood puts all of its focus into recreating every detail of classic 1969 Hollywood. Really it’s a modern fairy tale that follows the respective fading careers of Rick Dalton and Cliff Booth.

Rick was once known for a 50’s western TV show (and cheesy WWII picture), but now he barely gets by on one-off villain parts. Leonardo DiCaprio shouldn’t be overlooked as Rick struggles to get through scenes and beats himself up. Although brief, a child actress steals the show as well. However, all the major awards were focused on Brad Pitt. He’s certainly great as a laid back stuntman, but Best Supporting Actor is probably a legacy win. While these fictional events take place, next door lives the very real Sharon Tate and Roman Polanski. Margot Robbie beautifully recaptures Tate’s youthful optimism. Best seen when she goes to see her own movie The Wrecking Crew.

Where she learned martial arts from Bruce Lee himself. Lee plays a memorable part when Cliff picks a fight with him. The casting is uncanny, but I agree the boastful portrayal is iffy. Although Once Upon a Time in Hollywood can generate plenty of laughs, there’s nothing funny about the Manson Family murders. Cliff is unknowingly taken to Spahn ranch where bare feet are plentiful. Since this is Tarantino, do I even need to say SPOILER ALERT! Of course history is altered. Only this time the Manson family chooses to murder Cliff, Rick, and his wife. Instead the evil hippie followers of Charles Manson are deservedly killed in the most violent over-the-top Tarantino way possible. With an A-list cast of hundreds, Once Upon a Time in Hollywood gave classic cinema the respect it deserved. 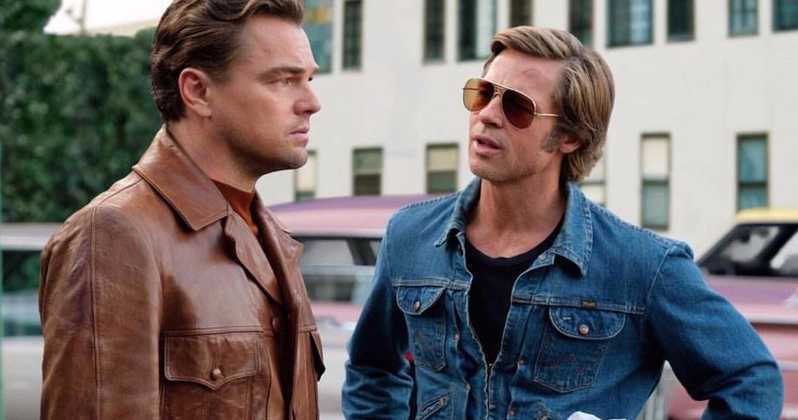