X-Men: Apocalypse ends up the lousy third installment in an X-Men trilogy all over again. How is that even possible? Like X-Men, X-Men: First Class was a great introduction to the team of Mutants. Like X2, X-Men: Days of Future Past was a vast improvement that deepened its themes. And like X-Men: The Last Stand, X-Men: Apocalypse overstuffs things with more style than substance. After the accidental success of Deadpool, X-Men: Apocalypse was released just a few months later. Obviously trying to emulate the MCU. Well at this point, the only excitement I could maintain was for the idea of a larger than life X-Men villain like Apocalypse. Plus seeing younger versions of Cyclops, Jean Grey, and Storm.

Unless you count the after-credits scene in Days of Future Past, Apocalypse doesn’t feature a single new Mutant. Apart from Caliban, but that’s another story. Every single Mutant appeared in some form in a previous movie. The only draw was seeing slightly more comic book accurate versions. Something that 20th Century Fox and Bryan Singer have continually denied us Marvel fans. Apocalypse is proof that Singer can make a bad X-Men movie. Frankly, the decision to bring him back was a flawed one. His subtle thought provoking style may have worked for the deeper X-Men movies, but not for a CGI heavy disaster flick… 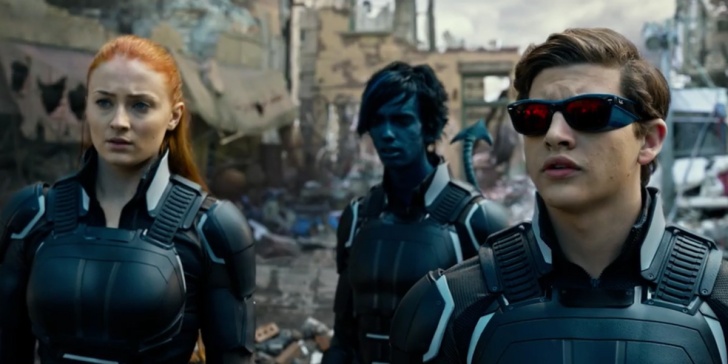 X-Men: Apocalypse is not equipped to handle a villain like Apocalypse. Apocalypse is supposed to be the X-Men equivalent of Thanos. He’s an ancient world conquering Mutant with heavy armor and an enormous body. So of course he’s played by Oscar Isaac in bad Ivan Ooze makeup. The one Mutant who should have used CGI motion capture. X-Men: Apocalypse begins in ancient Egypt where Apocalypse is worshiped like a god. Like the comics, his powers are immeasurable. Except his body weakens and he needs to replace it with another Mutant. During the process, his followers turn on him and his Four Horseman preserve his body deep beneath his pyramid. The historical opening credits lead up to 1983. Another problem with Apocalypse is their continued use of the decade hopping gimmick. There’s no reason to set the movie in the 80’s other than nostalgia for big hair, bright colors, and Tab.

James McAvoy, Michael Fassbender, Jennifer Lawrence, Nicholas Hoult, Lucas Till, and Rose Byrne look like they’ve barely aged since the last 2 decades. Professor Charles Xavier stays in a wheelchair, but he still has glorious long hair. He teaches a more established school of Mutants alongside Hank McCoy. Hoult continues to be stubborn about his Beast makeup. But not as stubborn as Lawrence. Who’s far too famous to be bothered with makeup. Despite Mystique being a Mutant who’s proud of her blue skin, she maintains a human appearance for no good reason. I’m also annoyed that a villain like her is now treated like a hero. All because she stopped Magneto. Her new mission is rescuing Mutants like Nightcrawler. It’s nice to see a more comedic take on the teleporter played by Kodi Smit-McPhee. Ben Hardy’s cage fighting take on Angel is pretty awkward though. At least we see a more faithful albeit brief look at Blob.

Meanwhile, Erik Lehnsherr is living a peaceful secluded life in Poland. Where he now has a wife and daughter. At the same time, Scott Summers is brought to the X-Mansion where he receives his ruby quartz visor. Alex Summers is his older brother instead of younger (despite being old enough to be his father). Tye Sheridan is a fine younger Cyclops, but Sophie Turner looks nothing like a younger Jean Grey. If the movies even care about continuity anymore. Jean struggles with her powers, but it’s only a half baked attempt at Phoenix. Scott does develop a romance with Jean and they go to the mall with Nightcrawler & Jubilee because 80’s. Lana Condor is the most faithful Jubilee to appear in the movies, but she continues to have nothing to do. Moira MacTaggert still has no memory of her time with the X-Men, but she’s brought back after discovering the awakening Apocalypse. Later it’s revealed that she has a son in a nod to the comics.

Alexandra Shipp is more of a glorified extra as Storm, who’s a pickpocket with a much better African accent. She runs into Apocalypse and he’s responsible for her white hair. Which is done in the mohawk she had in the 80’s. Apocalypse is just your average villain with generic goals of world domination. Like the comics, he assembles a team of Mutants to be his Four Horseman. They consist of Storm, Psylocke, Archangel, and Magneto. Olivia Munn’s nerd cred made her the perfect choice for a very faithful version of Psylocke sporting the sexy costume she has in the comics. Which is made more revealing with a boob window. Better than whatever The Last Stand was trying to do. Angel becomes Archangel with metal wings, but he’s still a useless member.

Fassbender truly shines after tragically losing his family when his powers are discovered. Although he drops a very forced F-bomb when encountered by Apocalypse. Magneto gains even greater power over metal and Apocalypse uses Xavier’s power to launch all of the planet’s missiles into space. It’s easily Stan Lee’s most dramatic cameo (that he for once shares with his wife Joan). Havok destroys Cerebro, but it’s not enough to prevent Apocalypse from kidnapping Charles. Havok’s blast detonates the X-Jet and the X-Mansion with it. Just in time for Quicksilver to run in and save everybody in an equally awesome speed sequence. The Mansion continues to explode as Quicksilver hilariously takes his time to methodically rescue Mutants to the decade appropriate tune of “Sweet Dreams.” He returns to see the Professor after learning Magneto is in fact his father.

As if out of nowhere, Stryker shows up to kidnap Moira, Mystique, Beast, and Quicksilver. Leaving Cyclops, Jean, and Nightcrawler to rescue them. The sole purpose of the detour was to shoehorn Wolverine into the plot. Hugh Jackman has it easy by simply grunting and slashing guards while wearing the ridiculous Weapon X headgear he had in the comics. Jean eases his mind and Cyclops jokes about that being the last they’ll ever see of him. Mystique, Beast, Quicksilver, Cyclops, Jean, Nightcrawler, and Moira then take a jet and once again dress in black leather armor to rescue Charles. Apocalypse causes chaos around the world and plans to transfer his consciousness into Xavier’s body. The X-Men fight the Four Horseman in an epic battle that highlights their respective powers. Nightcrawler’s teleportation is too powerful, so he goes unconscious after bamfing too many people. Quicksilver’s speed is too powerful, so his leg is broken after knocking around Apocalypse.

Psylocke uses her psionic weapons on Beast, but she’s taken out and simply walks away afterwards. Meanwhile, Archangel pointlessly dies. Storm faces Cyclops, but she obviously decides to join the X-Men along with a redeemed Magneto. Apocalypse strangles Mystique before a now bald Professor X attacks him in a comic accurate psychic plane. In the end, Apocalypse is defeated by the combined power of Cyclops’ optic blast, Magneto’s metal, Storm’s lightning, and Jean’s out of nowhere Phoenix abilities. Despite there being several subplots going on at once, there’s still enough time for Charles to give Moira back her memory. Jean & Magneto easily fix the X-Mansion with their telekinesis. Ending with a direct callback to the exchange between forever frenemies Charles & Erik.

Followed by an extremely satisfying reveal of every comic accurate costume that Mystique, Beast, Cyclops, Jean, Storm, Nightcrawler, and Quicksilver wear. As well as Sentinels in the Danger Room. It was great to finally see those costumes, but I knew it was just fanservice. Apocalypse is full of colorful X-Men callbacks with little development. The after-credits tease for Mr. Sinister will clearly never happen now. There’s also answers to things that don’t make sense in the old timeline. Like how did Professor X become bald if it wasn’t by Apocalypse? At this point I expected Fox to continue readapting characters no matter how many times they’ve been done in the past. X-Men: Apocalypse tries to keep up with the omega level scale of the X-Men, but it completely derails the winning streak Fox was having.

Apocalypse and his Four Horsemen

2 thoughts on “Everything they Built will Fall!”