The Chipmunk Adventure finally put the world famous animated band Alvin and the Chipmunks on the big screen. Singer Ross Bagdasarian first created the band back in 1958 under the stage name Dave Seville. When he realized speeding up his voice made it sound squeaky. And thus, egomaniac Alvin, intellectual Simon, and butterball Theodore were born. Later given a show in 1961’s The Alvin Show. Then way more personality and popularity in the hit 1983 show Alvin and the Chipmunks. Made by Bagdasarian’s son and his wife. It’s where their female counterparts the Chipettes were introduced. With the mildly different primadonna Brittany, clutz Jeanette, and kindly Eleanor.

I’m actually the biggest Alvin and the Chipmunks nerd. My brother and I were big fans growing up. The Chipmunk Adventure was possibly our introduction to it and a prominent addition in our VHS collection. Like most 80’s Saturday-morning cartoons, the Chipmunks warranted their own movie. So they went with the bizarre premise of having the Chipmunks and Chipettes involved in a diamond smuggling ring in the guise of Around the World in 80 Days. The adventure itself only happens when Dave leaves for business and they trick their babysitter Miss Miller.

Alvin gets in a boys vs. girls competition with Brittany, which leads to the most catchy song number between them. Although it’s weirder when you learn the song “The Girls of Rock and Roll” was originally written for a sleazy beach movie. Animation is about the same as the show, if a little awkward on semi-stereotyped humans. I still have a lot of fun with the country hopping trip, but I know the Chipmunks aren’t for everyone. For me, The Chipmunk Adventure is a smash hit. 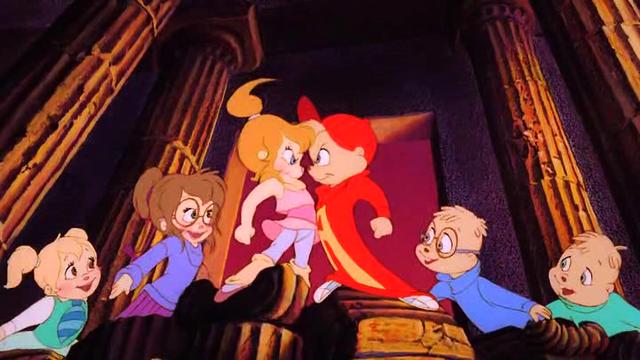 6 thoughts on “The Girls and Boys of Rock ‘n’ Roll”