The Chipettes were created in 1983 just to cover female songs of the time. Although they have minor differences, they’re really like every other gender flipped counterpart. I don’t think it was a performance issue, but Jason Lee is in almost none of the movie. With Dave in the hospital, Alvin, Simon, and Theodore get a babysitter fans would think is Miss Miller. Except it’s just a younger discount version of Dave played by Zachary Levi. The Squeakquel feels like a major downgrade since the Chipmunks trade their global popularity for attending high school. Which is bizarre not just because they’re small chipmunks and seem more like kids than teenagers.

The cliché plot is very unfocused. It’s either about David Cross returning as Ian to get revenge by exploiting the newly discovered Chipettes, the Chipmunks fitting in and falling out, trying to save their school’s music program, or winning a talent show. Brittany, Jeanette, and Eleanor were given the same updated treatment since their looks were distinctly 80’s. Their personalities are just too softened and their romantic dynamic with the Chipmunks feels off. Along with the just as unrecognizable voices of Christina Applegate, Anna Faris, and Amy Poehler. They also throw in the gopher mascot from NASCAR for some reason. The story feels just as juvenile, more low stakes, and pop songs are equally frequent. Alvin and the Chipmunks: The Squeakquel can still do no wrong for me regardless of direction. 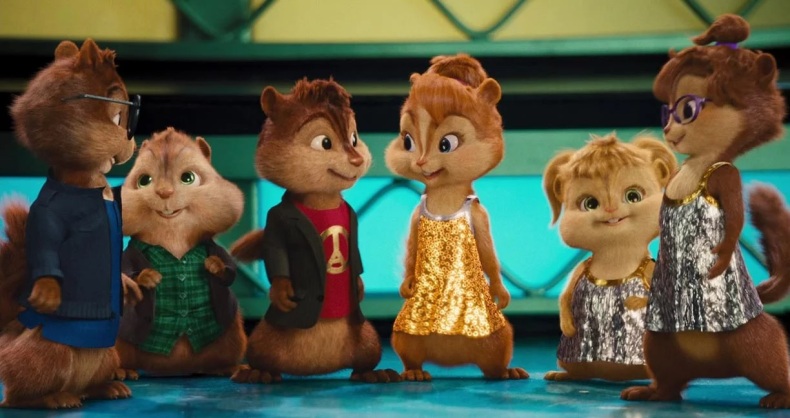 3 thoughts on “Brittany and the Chipettes”