The Meg is either too bad to be a good shark attack movie or too good to be a bad shark attack movie. Either way it never seems to know which one it wants to be. To the point it’s never consistently entertaining. All I know is that a premise like this should have been a lot more cheesy in a dumb fun kind of way. The Meg captured my attention the moment I saw the trailer. As someone who wasn’t aware Megalodons existed, the concept of an insanely large shark had numerous possibilities.

The Meg sorta squanders it on a clean PG-13 story with a mishmash celebrity crew at the center. Along with a lot of attention given to the Chinese market to increase box-office numbers. All of it seemed to work out since The Meg was just as much of a summer blockbuster as other shark attack movies. Although the book series sounds way more insane, the movie settles on the action stylings of self-serious Jason Statham. Rescue diver Jonas Taylor rescues someone from the depths of the ocean, then does the exact same thing again. Discovering the fabled Meg underneath.

You’d think a shark that big would be a major threat, but it’s really only that size to look intimidating for the poster and trailers. There’s also a twist that reduces the uniqueness of the creature. Sure the Meg attacks a boat and populated beach, but the body count is no more than your typical shark flick. The only genuinely awesome moment is Statham taking out the titanic shark all by himself. The Meg has the terrifying monster, now if only it had a T-Rex to face like in the book. 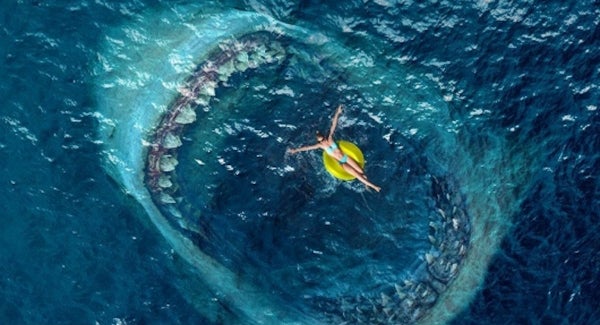