Poltergeist made TV static scary. Although Tobe Hooper’s director credit is on it, Poltergeist is very much a Steven Spielberg movie. From the down to Earth suburban family to the 80’s special effects. The problem was Spielberg’s involvement in E.T. prevented him from officially directing it. Much like Gremlins & Temple of Doom, Poltergeist was another intense film with an inappropriate PG rating (especially for that face peeling scene). As a Christian, I prefer to stay away from supernatural ghost stories. Like everything else Spielberg, Poltergeist is too much of a modern classic. It follows the carefree Freeling family. JoBeth Williams is mother Diane and Craig T. Nelson is father Steven.

Their kids are Dominique Dunne as older daughter Dana, Oliver Robins as son Robbie, and Heather O’Rourke as youngest daughter Carol Anne. Carol Anne quickly became a creepy kid with her iconic line “They’re here.” Referring to the dark spirits that have passed through the TV. The titular poltergeist haunts a single individual and is responsible for phenomenon like moving furniture. Rather than immediately leave like any sane person would, they play around with it. Giving the “Beast” enough time to kidnap Carol Anne. So now they have to consult a team of parapsychologists and a creepy little medium in order to “clean” the house. Beatrice Straight and Zelda Rubinstein continue to humanize the paranormal story.

What Poltergeist does well, is prey on several childhood fears. Thunderstorms, the closet, a scary tree, a creepy toy, and even clowns. The latter being a particularly terrifying toy clown that comes to life. Although everyone experiences varying amounts of terror, it’s Diane who gets the worst of it. Especially when she falls into a pool full of very real corpses. All this is happening because their house was built on an ancient tribal burial ground. It’s enough for them to finally move out at the end. As disturbing as Poltergeist is, the behind the scenes is just as disturbing. Supernatural movies tend to open a portal. Likely starting the so-called “Poltergeist curse.” Leading to the tragic death of multiple stars. Poltergeist is effective horror no matter how you look at it. 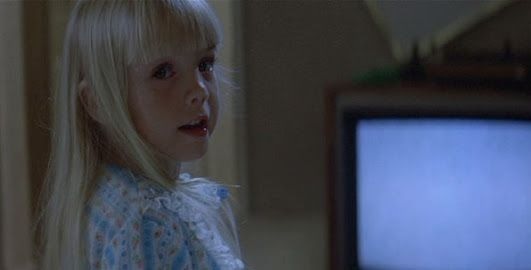 Followed by: Poltergeist II: The Other Side