G.I. Joe: Retaliation is the underdone mostly action packed sequel to Hasbro’s struggling military franchise. I say struggling, but really both movies were financial successes. The Rise of Cobra was just in the shadow of Transformers. Causing them to practically reboot G.I. Joe without the CGI filled bombastic action. Vital characters like Duke, Snake Eyes, Storm Shadow, Zartan, and of course Cobra Commander remain intact. They just made Retaliation more grounded with a distracting lack of large scale battles or even the Pit. I was still curious to see where the toy line went on the big screen. Even taking my mom to see it for some reason (I guess I was just filling the void left by Dark of the Moon). Retaliation is technically better than its predecessor, but I do miss that crazy dumb fun feel. Director Jon M. Chu is mostly known for musical dance flicks.

The Joes feel more like the regular military with a completely different cast. When all else fails, just add Dwayne Johnson. He plays prominent black G.I. Joe Roadblock the same as any of his other action roles. Now he’s the lead with Duke as his best friend. Channing Tatum begrudgingly returns just to die early on. When Cobra frames and kills most of G.I. Joe, only a small group is left to fight back. The nondescript Flint and Adrianne Palicki as the new sexy female Joe Lady Jaye. Bruce Willis himself drops by as the original Joe since Expendables 3 didn’t pan out. They have plenty of cool shootouts, but something doesn’t feel right about all the residential areas they’re forced to work out of.

Cobra’s primary goal is defusing the nation’s nuclear weapons with Zartan still posing as the President. Cobra has their logo, but their numbers are seriously limited. It’s mostly just the explosive Firefly. Destro is tossed aside in order for Cobra Commander to finally take center stage. Complete with perfectly accurate mask, blue costume, and a deeper voice. But the ninja action is still my biggest draw. Snake Eyes ditches his odd mouth mask in favor of a sleeker look. Before she was Elektra, Elodie Yung was a very accurate red suited Jinx. Along with RZA as their Blind Master. Storm Shadow rightfully receives more attention and a mild redemptive arc. The coolest sequence is easily a dialogue free ninja mountain fight that emulates an iconic silent G.I. Joe comic. G.I. Joe: Retaliation brings the entertainment, but not always the grandest “Yo Joe!” energy. 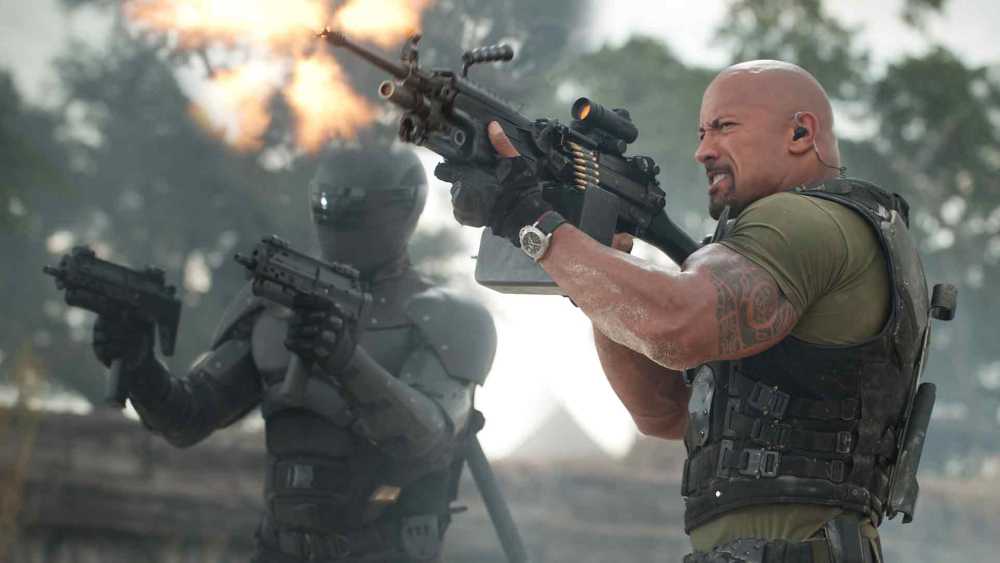 Preceded by: G.I. Joe: The Rise of Cobra