Billy Madison made Adam Sandler the star he is today. Unlike most classmates I grew up with, I was never an Adam Sandler fan. Even as a kid his childish antics didn’t win me over. I started to change my tune the more crappy his later work got. I figured I’d go back to the early work that my generation found so funny. Turns out I’m still immature enough to find Billy Madison funny. Billy Madison’s goofy voices, yelling, and penguin spotting didn’t grab me at first, but it really got hilarious when he went back to school.

Billy is a lazy partying rich kid who promises to repeat 1st-12th grade in order to prove to his father he has what it takes to run the family company. Jokes are either crass or so ridiculous I can’t help but laugh. The most attention is given to 1st and 3rd grade. 1st grade just to establish how absurd it is to see a grown manchild in class with a bunch of little kids. Really it’s the kids and a bunch of over-the-top teachers or comedian cameos that get the best jokes. A recurring gag being the debut of Sandler bullies the O’Doyles.

3rd grade is important since it’s where Billy meets his ridiculously hot teacher Veronica Vaughn. She helps him through high school after his business competitor sabotages his schoolwork. They settle things with an academic decathlon. A competition that features my favorite joke about how dumb and incoherent Billy’s final speech is. Billy Madison may feel more like a spoof at times, but it proves I should’ve given Adam Sandler’s sense of humor a chance a long time ago. 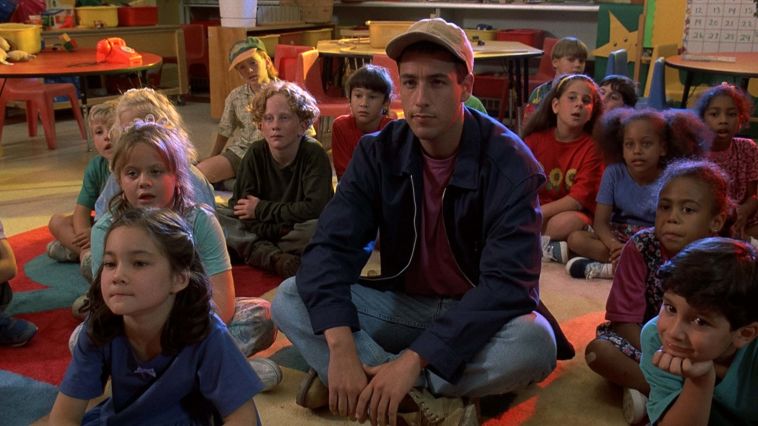