Divergent is basically The Hunger Games if it was overly complex. Since YA book adaptations were all the rage in 2014, Lionsgate jumped at the opportunity to keep the train going. Despite the fact that Veronica Roth’s Divergent was only 3 years old and very likely influenced by other successful YA properties. Divergent came at a time when I was getting a little tired of all the clichés. I still gave the movie a theater going experience, but it’s just okay compared to what came before. Just like The Hunger Games (and every other YA franchise starter), Divergent takes place in a post-apocalyptic future set after an unexplained war. It’s a coming of age story where young adults are pitted against an oppressive government. Society is split up into separate factions with unique names. Starring an attractive heroine who also has a unique name. Roth is an outspoken Christian, but I couldn’t say that the surprisingly violent Divergent has much Christian influence. You can tell she was a college student at the time, because it uses so many big words.

Set in a dystopian Chicago, five factions are meant to do their part for the city. There’s the stiff Abnegation for selflessness, the farming Amity for kindness, the legal Candor for honesty, the soldier Dauntless for bravery, and the scientific Erudite for intellect. We initially follow Abnegation, because that’s where Beatrice Prior lives. Like most YA heroines, Tris is special. Everyone in this society has to take a series of never ending tests that figure out what faction they belong to. Unlike the homeless factionless people, Tris is the titular divergent. Placing her in danger since no can belong to multiple factions. 16 year olds participate in an uncomfortable blood ceremony that forever ties them to the faction of their choice. Tris chooses Dauntless since it’s clearly the coolest faction by comparison. They participate in dangerous games, get tattoos, go ziplining through Chicago, and eat hearty. The only problem is there intense competitive tests and equally intense fear based mental tests.

Shailene Woodley is relatively likable as Tris, but her castmates are pretty distracting. Her Spectacular Now lover Miles Teller plays her a-hole rival Peter and her Fault in Our Stars lover Ansel Elgort plays her Erudite choosing brother Caleb. Her actual lover is Theo James as her mysterious Dauntless trainer Four. Tris and Four form a genuine bond due to their shared divergency. If the Hunger Games connection wasn’t obvious enough, both films also share a Kravitz. Zoë Kravitz plays Tris’ Candor best friend Christina. The rest of the cast is filled with the usual big name stars. Maggie Q helps Tris by hiding her divergent status as Tori and Ashley Judd is Tris’ mother with an unexpected secret. Kate Winslet is the high profile actress playing the generically evil government type Jeannie Matthews. The only conflict is Erudite plotting to kill Abnegation with mind controlled Dauntless soldiers. Tris’ family is abruptly lost, but she overthrows the system and it ends on a train to an unknown destination. Divergent is an entertaining enough diversion if you’re willing to accept a lot of the same. 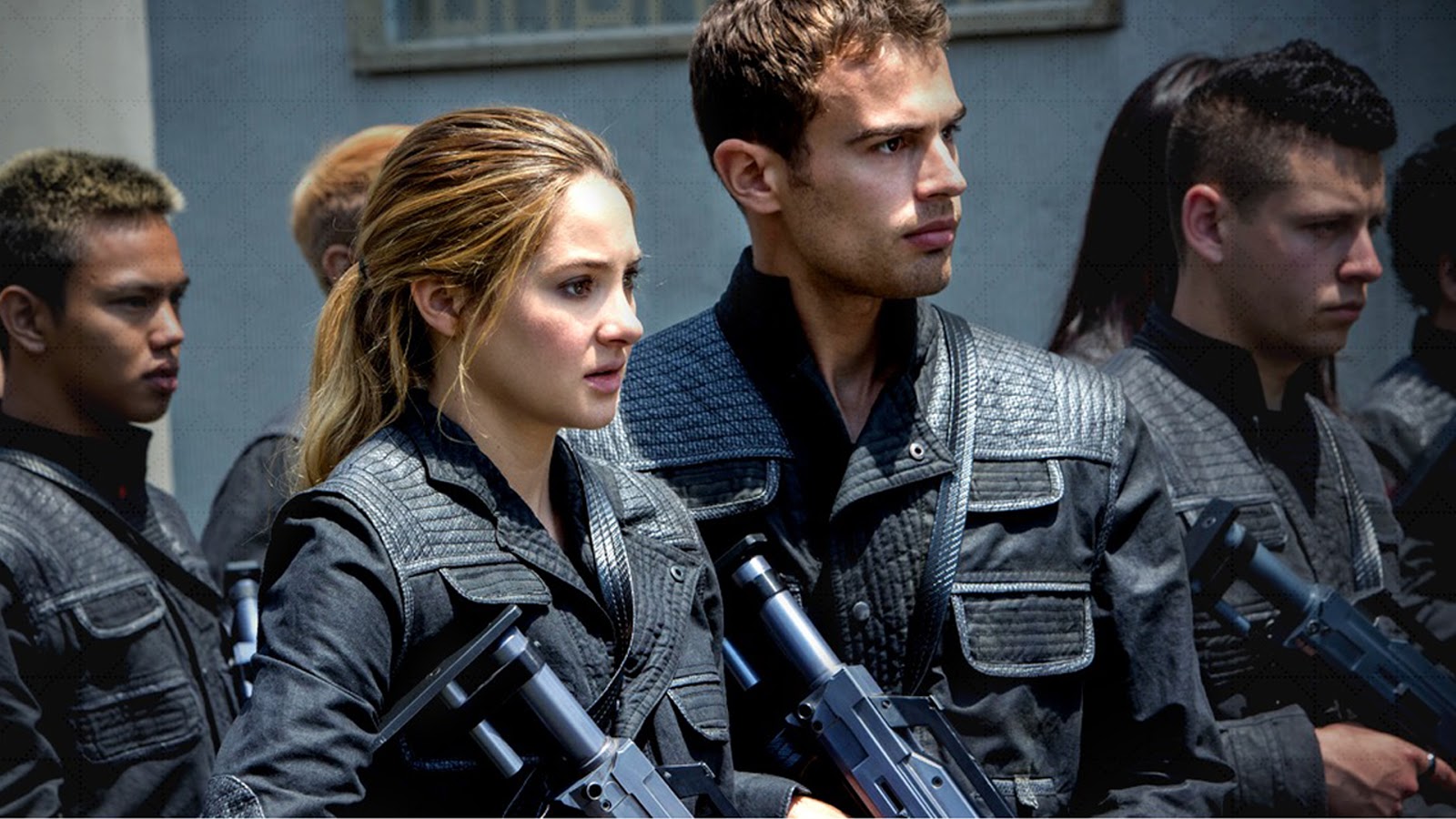 Tris and Four work for Dauntless

Followed by: The Divergent Series: Insurgent

6 thoughts on “I Volunteer as Dauntless”