It’s far more silly compared to other size changing movies. Since most women in 50’s movies never had any serious problems to deal with. Nancy Archer is wealthy, but dealing with mental distress and a drinking problem. Made worse by her sleazy husband Harry cheating on her with a floozy named Honey. They plot to take Nancy out of the picture, but a giant alien in a UFO does that for them. More time is spent on either Harry’s scheme or the police investigating Nancy’s claim.

Nancy finally becoming a giantess doesn’t disappoint. She’s definitely one of the sexiest monsters of all time, thanks to busty model Allison Hayes playing the part. A laughable paper mache hand is used for close up shots and some truly terrible compositing effects are used when she walks around. The only convincing shots are in miniature sets. Nancy’s only goal is to take out her cheating husband “Harry!” He very noticeably becomes a doll when she finds him. Neither survive, but I wasn’t expecting them to. Attack of the 50 Foot Woman speaks for itself. 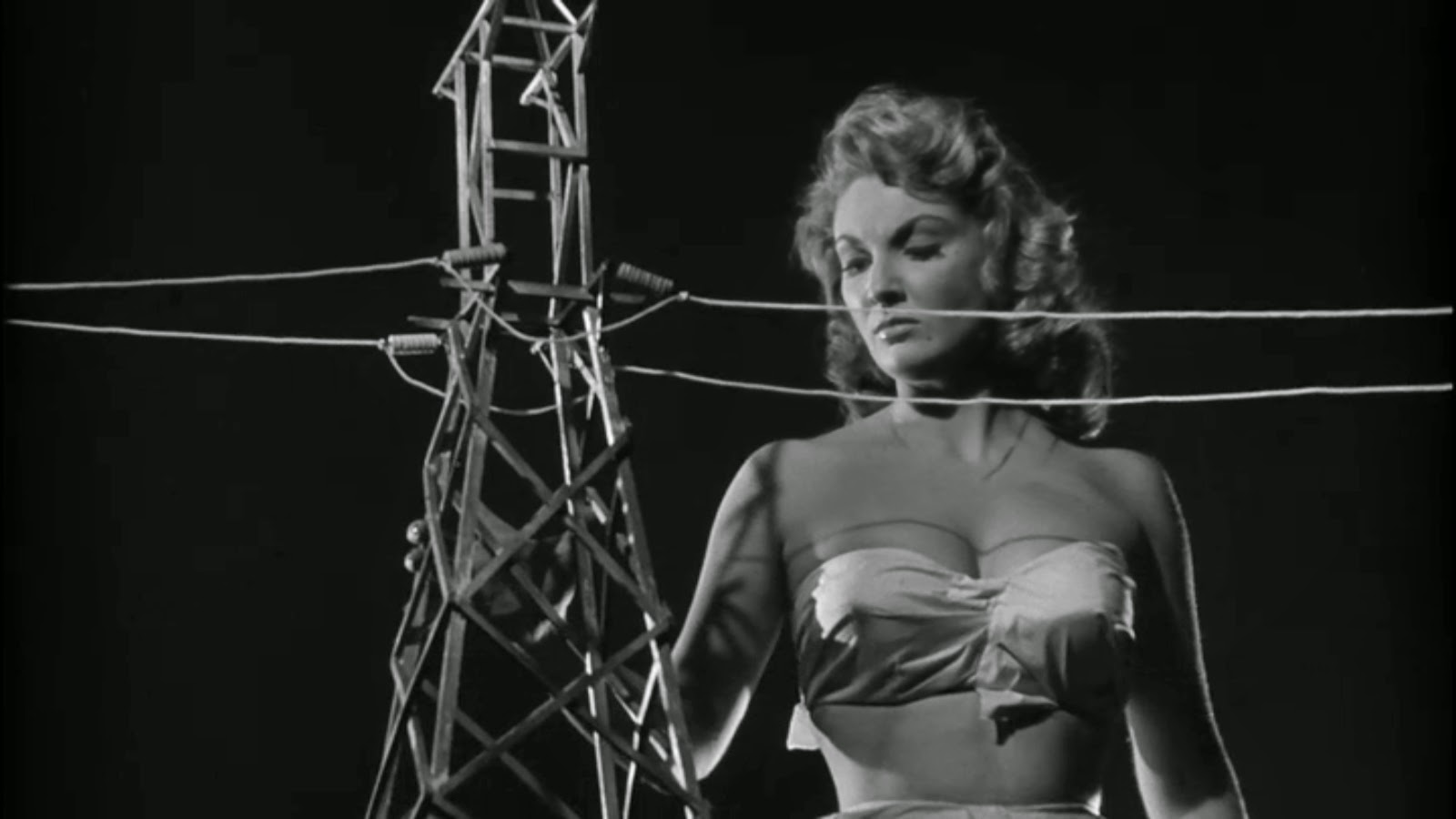