Ip Man 2 continues the legend of the grandmaster with a sequel that plays to the strengths of the original. The mostly true story of Master Ip Man was meant to focus on his famous tutelage of Bruce Lee, but it was too soon for that. Instead, Ip Man 2 closely follows Ip Man’s family after they’ve survived the Japanese occupation of Foshan. Although less grim than the first movie, Ip Man 2 has far greater character drama. While at the same time increasing the martial arts action tenfold. Fortunately Donnie Yen is excellent at conveying both.

Ip Man 2 begins in 1950 Hong Kong where Ip Man takes care of his pregnant wife and struggles to open his own school for Wing Chun. His most eager student is the impulsive Leung who slowly learns the importance of kung fu. The only other returning characters are his savior Chow becoming a sad beggar and his former rival Jin turning his life around. Fighting is still the star of the franchise with even more awesome fights between expert martial artists. Ip Man teaches his potential students a lesson and defends himself against a horde of rival students.

Fellow martial arts legend Sammo Hung plays Master Hung. Although presented as the villain, Hung is just a struggling family man with a big ego. Their best fight is on an unstable table top. The true enemy is British colonialism. The final act practically turns into Rocky IV with an East meets West boxing match between English speaking foreign devils. Hung and Ip Man separately face the brash Twister played by English stuntman Darren Shahlavi. Their ring matches are intense, but Ip Man prevails and offers a message of peace. Only a last minute scene alludes to the future with a 10 year old Bruce Lee confidently seeking Ip Man’s training. Ip Man 2 ups the stakes and increases the excitement. 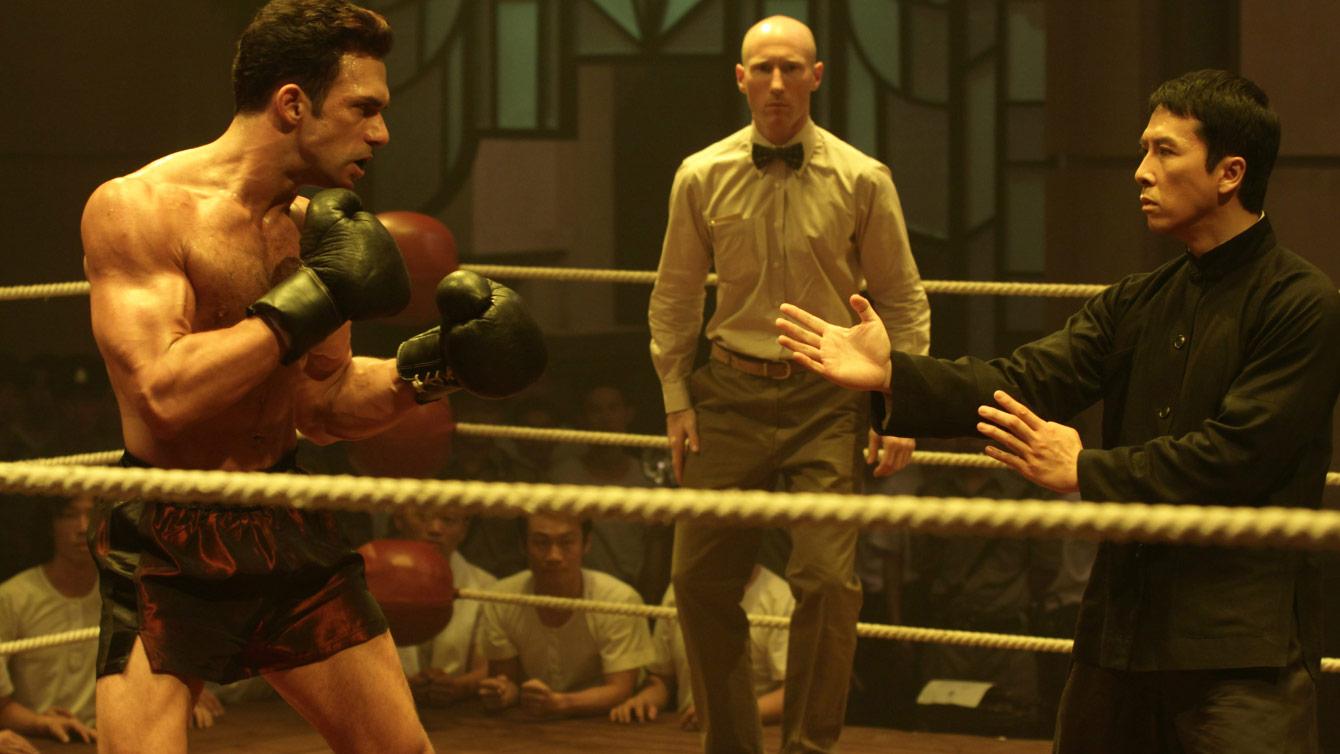 Ip Man vs. The Twister