Pet Sematary (2019) is a remake with so much potential. Potential that was thrown away for something almost completely unfaithful to the book. After the success of It, Stephen King adaptations were all the rage. So Pet Sematary went the Carrie route of following up the original and its unnecessary sequel with a remake. The trailer definitely made it seem scarier and more moody than the 1989 film. Although I don’t often see horror movies in theaters, my brother and I figured Pet Sematary (2019) would be a big deal. I certainly regret that decision a little bit. Since the remake is so serious and reliant on jump scares.

Pet Sematary (2019) still follows the Creed family as they move to Maine, but now they’re from Boston and have more problems. Since Dr. Louis Creed gradually becomes more unlikable, it made sense to cast Jason Clarke. Amy Seimetz plays Rachel and newcomers play Ellie and Gage. John Lithgow delivers the iconic “Sometimes, dead is better” line, but he’s no Fred Gwynne. Jud Crandall is widowed like the original, but he develops a friendship with Ellie. So that it makes more sense to suggest bringing back Church when he dies. The cat is somewhat creepier, but it’s still difficult to pull off. The titular cemetery leans more into its tribal history with animal masks and a book accurate Wendigo connection.

The undead Victor Pascow is now black, deadly serious, and very graphically mutilated. Rachel’s sister Zelda is also more grotesque with her spinal disease. The horror atmosphere is so right that I felt betrayed when they went off book. I’d say SPOILER ALERT!, but trailers already gave away that Ellie is the one killed by a truck instead of Gage. I had a feeling when Ellie was given so much attention, but it really defeats the purpose of the original. Leading to a series of intentional subversions that end with several bloody deaths and the entire family being reanimated except for Gage. Pet Sematary (2019) chose shock factor over authenticity. 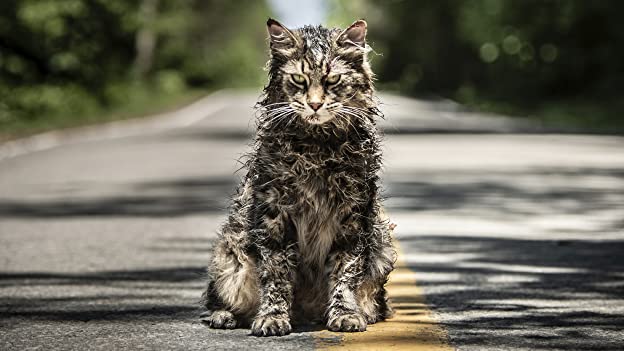 4 thoughts on “Where Remakes Go to Die”