The Mummy’s Hand is one of many Mummy movie sequels. Following the success of The Invisible Man Returns, Universal returned to their least popular monster. The Mummy is a classic in its own right, but they don’t even bother to acknowledge the events of the first film. The Mummy’s Hand was made cheap by reusing footage for Ancient Egyptian flashbacks, sets from other Universal pictures, and most of the score from Son of Frankenstein. At least The Mummy’s Hand is a quick watch that put more emphasis on mummies as mindless, slow moving, and wrapped in bandages.

Kharis is the new Mummy with the exact same backstory as Imhotep. Tom Tyler is all wrapped up since no personality is needed. George Zucco plays Professor Andoheb tasked by the High Priest to protect the tomb of Princess Ananka. Until a group of archeologists foolishly disturb the crypt. Dick Foran and Wallace Ford’s Steve Banning and Babe Jenson are practically an Abbott and Costello type duo. Steve is the straight man, while Babe is the big buffoon.

They finance an expedition by getting money from Cecil Kellaway as friendly magician “The Great Solvani.” His feisty daughter Marta played by Peggy Moran tags along as well. It’s a lot to sit through before the Mummy awakens. Although Kharis can easily be outrun, he manages to claim multiple victims. Like a werewolf, a full moon accompanied by howling jackals brings about his curse. A fluid of tana leaves keeps him immortal, but not for long. The Mummy’s Hand had a hand in making mummies what they are today. 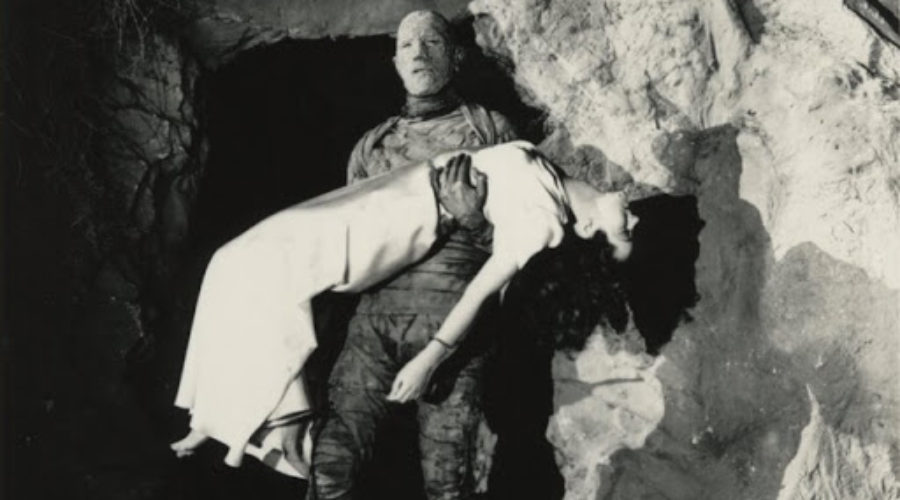 4 thoughts on “Back from Slumber”