Pee-wee’s Big Holiday returns to the basics of the franchise. Pee-wee Herman hasn’t been relevant since Pee-wee’s Playhouse ended in 1990. Paul Reubens continued to find work, but inappropriate 1991 & 2002 controversies kept the innocent character away even longer. In the meantime, Reubens planned a comeback with 2 distinctly different scripts. Can’t say I was expecting a new movie as late as 2016, but I wasn’t too grown up to enjoy it. Reubens partnered with Judd Apatow, Netflix, and a first time director who understood how Pee-wee could work in the modern age.

Starting with partial de-aging and makeup to make Reubens youthful again. Pee-wee’s Big Holiday is basically Pee-wee’s Big Adventure right down to the cross country road trip. Pee-wee once again enjoys his colorful playhouse and friendly town residents. This time his problem is needing to take a holiday. The plot is just as bizarre as before with actor Joe Manganiello being the one who pushes Pee-wee to leave. Some read it as gay subtext, but I don’t think of it that way.

Everything revolves around Pee-wee desperately trying to go to New York in order to attend Manganiello’s birthday party. If that wasn’t weird enough, the movie opens with Pee-wee saying goodbye to an alien. Like Big Adventure, Big Holiday is filled with colorful characters that Pee-wee encounters on the road. There’s a trio of sexy criminals, a chipper salesman at a snake farm, a farmer and his love starved daughters, giant hairdressers, a lady with a flying car, a crazy mountain man, and the Amish. Pee-wee is a little rusty, but he can still bring the laughs. Pee-wee’s Big Holiday is a welcomed return to childish things. 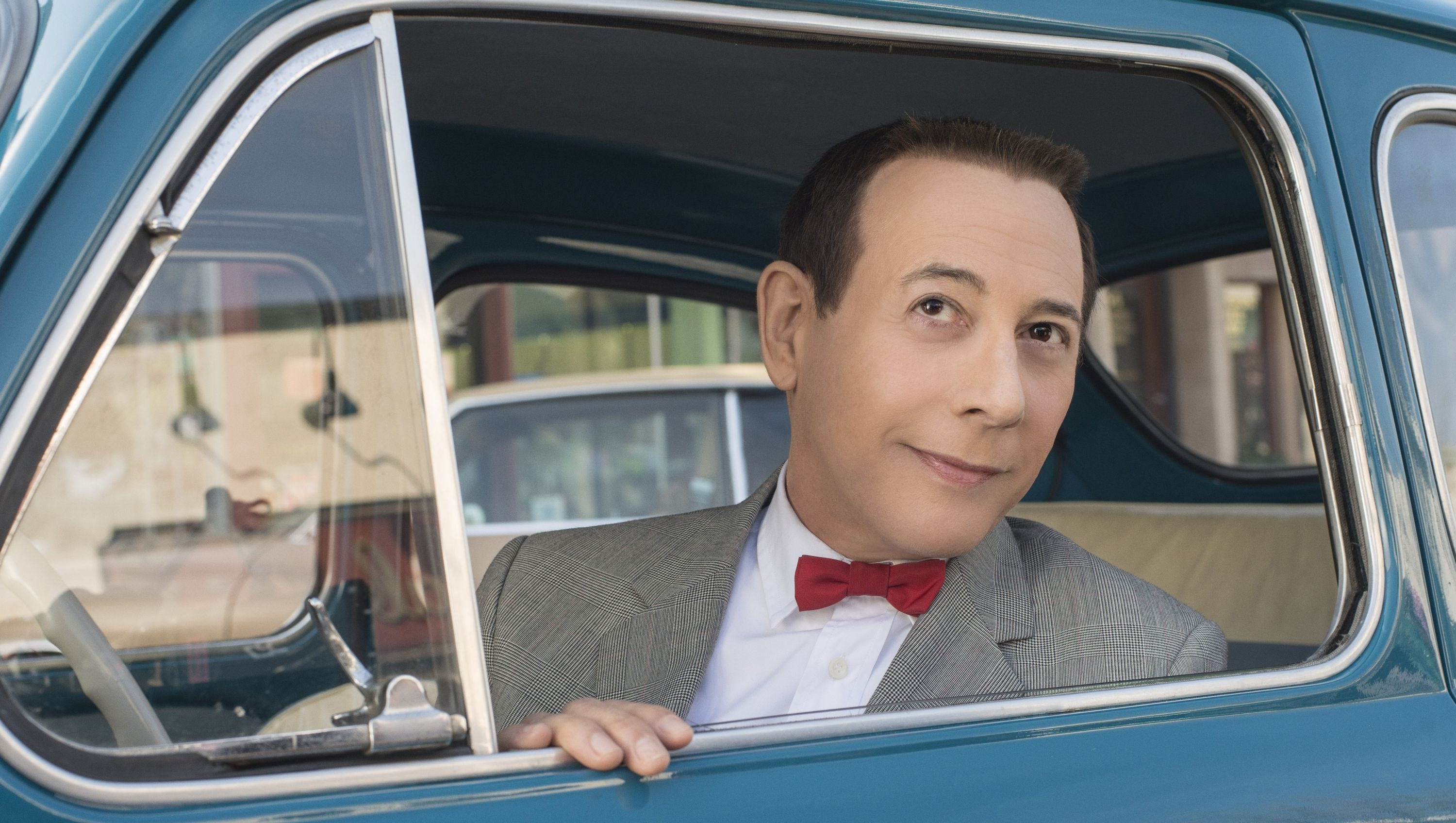 Pee-wee on the open road

2 thoughts on “One Wacky Ride”