Samson and Delilah brings the Bible’s most complicated love story to life. Before The Ten Commandments, Cecil B. DeMille directed another Biblical epic in full Technicolor (that my mom has always been fond of). The story of Samson can be found in the Book of Judges. As a Christian, I’ve always been intrigued by the famous Israelite. Since Samson draws strength from his hair and is arguably the greatest action hero in the Bible. Hercules is pretty much the Greek equivalent of Samson.

His feats of strength include killing a lion with his bear hands, fighting an army of Philistines with the jawbone of an ass, and toppling their temple after being stricken blind. Samson and Delilah makes every feat feel grand and epic. Earning the film 5 Academy Award nominations and 2 wins for Best Art Direction and Costume Design. Victor Mature of One Million B.C. fame portrays Samson. Although his long hair is usually tied back, Mature nevertheless captures the conflict in Samson. He devoutly prays to God for power, but he does make many mistakes.

Samson finds love from two distinctly different Philistine women. A problem since Danites and Philistines are mortal enemies. George Sanders and Henry Wilcoxon portray his most direct enemies Saran and Prince Ahtur respectively. Turns out Angela Lansbury was quite the looker in one of her very early film roles as Samson’s first lover Semadar. Except it’s Delilah who makes her intentions clear from the start. Hedy Lamarr perfectly captures her passion, deceitfulness, seduction, and need for vengeance. Although Samson and Delilah fall in love, she cuts his hair and leaves him vulnerable. Samson and Delilah is a powerful take on a seldom adapted Bible story. 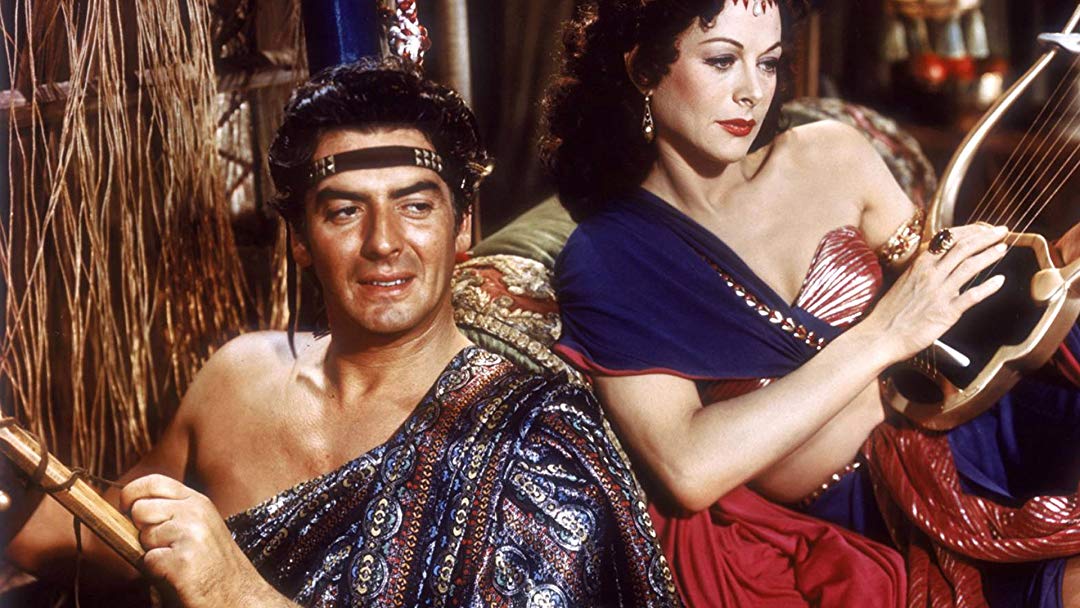 3 thoughts on “Thou Shalt Not Cut Thy Hair”