Willow gave Warwick Davis his much deserved time in the spotlight. After getting his start in Return of the Jedi, George Lucas wrote the movie especially for him. It is rare to have a little person in a lead role afterall. After Star Wars and between Indiana Jones, Lucas intended the fantasy epic to be his next big thing. Despite hiring his buddy Ron Howard as director, Willow wasn’t the success he was hoping for. I know Willow has a cult following, but I never made an effort to see it until now. I had no idea Willow was about a baby until I saw it. According to a prophecy, a baby girl is destined to one day overthrow the evil Queen Bavmorda. So she orders her minions to find the infant at any cost.

If that sounds just like Sleeping Beauty, the difference is the baby Elora never grows up. I expected a time jump, but it’s not that kind of story. This fantasy world is divided between tall people called Daikini and little people called Nelwyn. Willow Ufgood is a young Nelwyn with a wife and kids who finds the baby in a basket. If that sounds just like the story of Moses, I’m sure that was intentional. Willow wants to be a great sorcerer, but his unsureness holds him back. He reluctantly agrees to take Elora to her own kind in order to fulfill the prophecy. On his first quest, Willow is accompanied by a small band of warriors. If that sounds just like The Hobbit, get used to those similarities.

Willow does feel overlong and not as special as it should be. Willow’s quest changes several times and he’s joined by a revolving door of companions. Like Val Kilmer as the likeable rogue swordsman Madmartigan or Joanne Whalley as the warrior daughter of the evil queen. There’s also a pair of comedic brownies and a cursed sorceress who helps Willow perfect his magic. Speaking of magic, Industrial Light & Magic made a crucial technical leap in a scene where the sorceress morphs into a variety of animals. Other effects aren’t as impressive as they probably were in the 80’s. Willow has plenty of heart, but nothing new to contribute to the realm of fantasy. 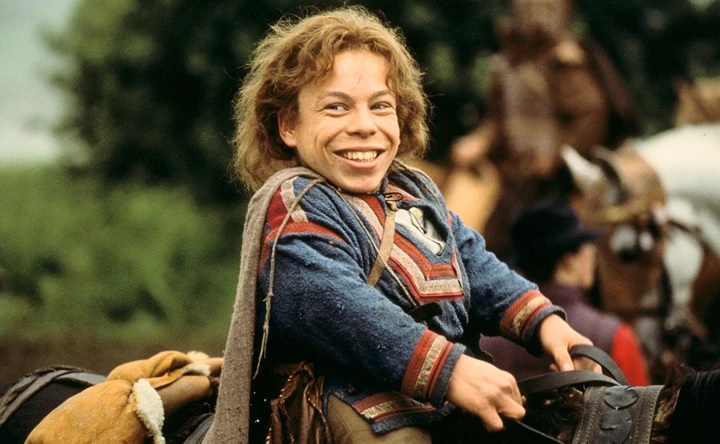 Willow on a horse

6 thoughts on “I’m the Greatest Sorcerer!”