The Grapes of Wrath is a great American film, based on a great American novel. Of Mice and Men author John Steinbeck had both of his most famous books adapted around the same time. The Grapes of Wrath is objectively flawless with a rare 100% on Rotten Tomatoes. It’s a wonder it didn’t win Best Picture, but Rebecca was just the kind of recognition Alfred Hitchcock deserved. Even though John Ford ended up winning Best Director. It’s hard to believe there wasn’t a Best Cinematography nomination. Since there’s a tremendous amount of atmosphere. Despite the pulitzer prize winning source material, The Grapes of Wrath doesn’t completely follow the original story.

Most of the harsher moments and the infamous “breastfeeding scene” are taken out. Yet the movie still manages to capture the many struggles and hardships faced by the Joad family. When the Great Depression strikes, the Joads are forced out of there Oklahoma home. They head west to California in a beat up old truck with very little money and not much help from outsiders. The large Joad clan consists of Ma, Pa, Grandpa, Grandma, Uncle John, Tom, Al, Noah, Rose of Sharon, her husband Connie Rivers, and the kids Winfield & Ruth.

While most of the family is fleshed out in the book, most of the focus is given to Tom and Ma. Jane Darwell won Best Actress for her portrayal of the strong-willed matriarch. Henry Fonda was only nominated, but he has the best arc as Tom Joad. Although Tom was just released from prison, he continues to struggle with grapes of wrath. Former preacher Jim Casey played by John Carradine also joins the Joads and Tom ends up learning a lot from him as the family gets smaller. His final promise of “I’ll be there” is an inspirational quote that emphasises the hopeful theme. The Grapes of Wrath speaks to the American dream. 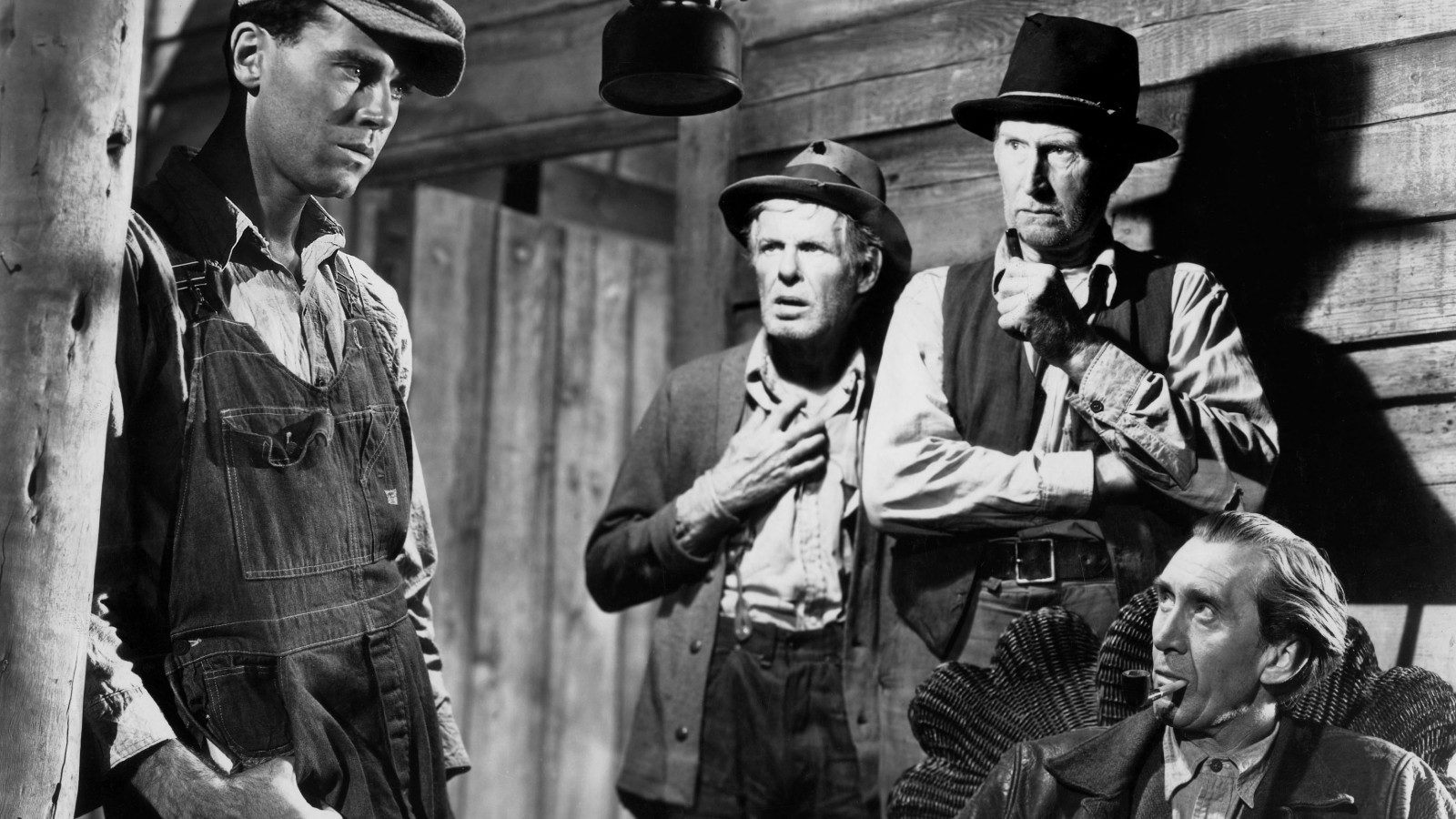 Tom Joad (left) and his family