The Caine Mutiny is like a cross between Mutiny on the Bounty and From Here to Eternity. It both deals with a mutiny aboard a Navy vessel and takes place during World War II near Pearl Harbor. The difference is the 1951 book wasn’t based on historical fact. The Navy never had an official mutiny and the movie didn’t receive their seal of approval until that was made clear. I knew nothing about The Caine Mutiny, but I’m glad I saw it. Fun fact, Michael Caine actually got his stage name from the movie. It’s an interesting character study that centers around the actions of Naval officers who fear their captain is unfit for duty.

Officers include the late Robert Francis as fresh out of college Ensign Willis Keith. When he questions his first captain, he’s immediately replaced by the far worse Lieutenant Commander Queeg. Humphrey Bogart manages to make Queeg unreasonably difficult and overly strict, but never unsympathetic. Queeg is seen as paranoid due to his cowardice actions, ball bearing habit, and launching an investigation of something as ridiculous as strawberries. Fred MacMurray is somewhere in-between as writer Lt. Tom Keefer who initially suggests a mutiny, but tries to save face in the end.

Van Johnson follows through with the mutiny as Lt. Steve Maryk relieves him of duty during a typhoon. The final act is a rousing court-martial led by José Ferrer as their lawyer Lt. Barney Greenwald. When Queeg cracks, Greenwald manages to make the men (and the audiences) see things from both sides. It’s a complex story that had to be stripped down from page to screen. Which is why the movie includes a mostly unnecessary love story between Keith and singer May Wynn. Yet The Caine Mutiny still managed several Academy Award nominations including Best Picture. The Caine Mutiny has an enduring legacy. 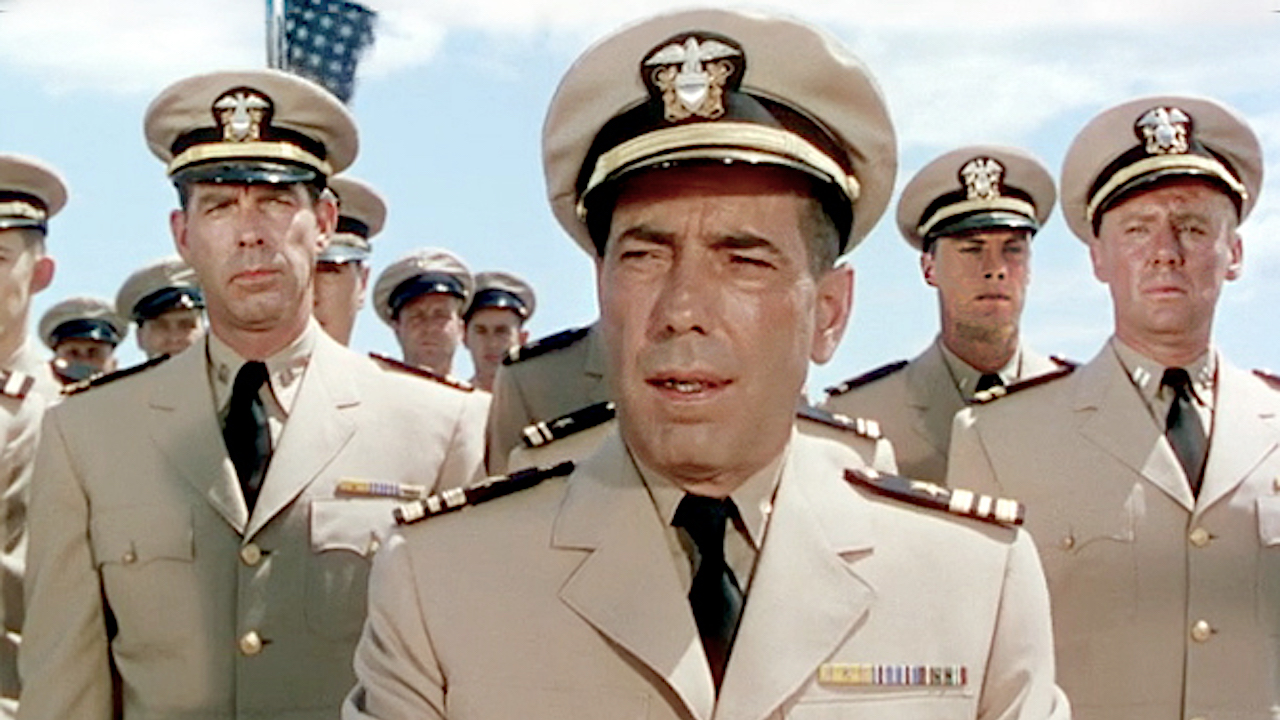 2 thoughts on “The Strawberry Investigation”