Funny Girl made a star out of Barbra Streisand. All she had to say was “Hello, gorgeous” in her feature film debut. Funny Girl was originally a Broadway musical based on the life of singer, entertainer, and all around funny girl Fanny Brice. Although Hollywood wanted a bigger star, Streisand made the role her own on Broadway. Director William Wyler similarly took a chance on the then unknown Audrey Hepburn for Roman Holiday. Streisand is such a natural talent who fully embodies a 1930’s starlet.

Like Fanny, Streisand has unconventional beauty that didn’t stop her from becoming famous. Streisand very much earned her Best Actress win, but she did ironically have to share it with the legendary Katherine Hepburn for her performance in The Lion in Winter. Funny Girl was the most successful film of 1968, but it still lost Best Picture to fellow musical Oliver! We follow Fanny’s success in the Ziegfeld Follies and her love story with handsome gambler Nicky Arnstein. Luckily I became familiar with Florenz Ziegfeld after watching The Great Ziegfeld.

Walter Pidgeon hits the right note of frustration with Fanny. Anne Francis is one of the many Ziegfeld girls to appear alongside her. Betty Boop herself Mae Questel even makes an appearance. Though it’s Kay Medford as Fanny’s supportive mother who was also nominated. This was the third movie in a row I saw with Omar Sharif. A romance between the Jewish Streisand and Egyptian Sharif was very daring for the time. It’s an epic romance supported by several showstopping numbers like “People” or “Don’t Rain on My Parade.” Though they grow distant in the end, “My Man” is the best song to end a gorgeous picture like Funny Girl. 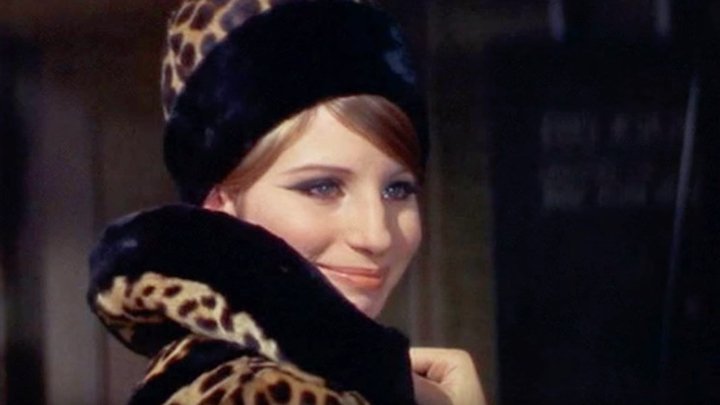