Disenchanted is a sequel 15 years too late. The 2007 Enchanted was a surprise hit that deserves way more recognition. It subverted the traditional Disney formula long before Frozen. I wouldn’t exactly call it forgotten, but it is strange that it took this long to get a sequel. Regardless of quality I’m still mad that Disney continues to dump films like this on Disney+. Despite the dominance of computer animation, Andalasia is still traditionally animated in a familiar way to the first movie. There’s also a lot more Andalasia than the trailer let on. Disenchanted is all about after happily ever after. Giselle has been happily married to Robert for 10 years in New York, but she longs for a more fairy tale life in a small town called Monroeville. Amy Adams has become a more seasoned actress since Enchanted, but she manages to recapture the pleasantly positive honorary Disney Princess.

Though mostly sticking to TV, Patrick Dempsey returns with a less significant role. Disenchanted is primarily centered around Giselle trying to be a good stepmother to an older Morgan. Original actress Rachel Covey is replaced by Gabriella Baldacchino since they wanted Morgan to be a sarcastic teenager. King Edward and Queen Nancy visit from Andalasia to give Giselle and Robert’s baby daughter Sophia a magic wand. When their new life isn’t as magical as they hoped it would be, Giselle wishes for a fairy tale life. Disenchanted is a mostly clever reverse of Enchanted where this time the modern world is brought into the fairy tale world. Which means everything has a face, everyone sings, and magic exists. Robert’s only role is to find adventure as a brave Prince. Despite his steady work in kids movies, James Marsden is similarly shortchanged as Edward.

Maya Rudolph assumes the role of an overbearing town councilwoman turned eccentric evil Queen Malvina. Yvette Nicole Brown and Jayma Mays play her henchwomen, while Oscar Nunez plays a nervous magic mirror. Alan Tudyk continues to serve Disney as the voice of a magic scroll. Though there are plenty of villains in the movie, Adams is equally good as a wicked stepmother that Giselle slowly transforms into. Pip the chipmunk returns as the narrator and ends up transforming into Giselle’s evil cat. Morgan attempts to reverse the spell with Nancy’s help. Since Idina Menzel’s popularity has skyrocketed since the first movie, she’s given at least 2 songs. Alan Menken and Stephen Schwartz return to compose, but there’s a few too many songs in the sequel. The biggest standout is obviously Menzel’s power ballad “Love Power.” Morgan uses Giselle’s memories to save her and the town with it. Disenchanted respects the original, but the magic isn’t what it used to be. 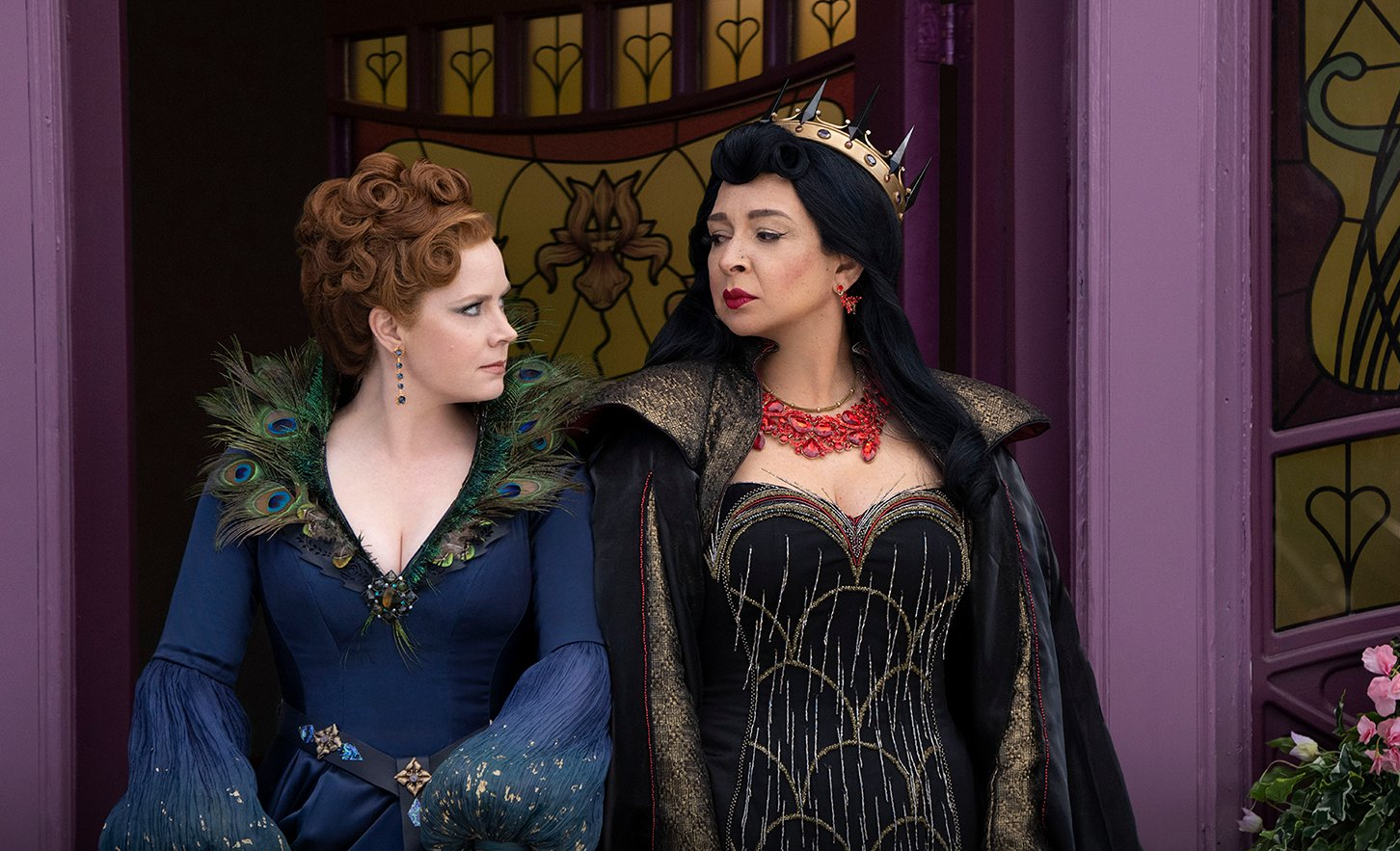 4 thoughts on “After Happily Ever After”