Gattaca is one of the most realistic depictions of the not too distant future. This is a future where genetic perfection is the most important thing in society. Scientifically engineered “valids” are artificially conceived through eugenics and genetically imperfect “in-valids” are naturally conceived. In his directorial debut, Andrew Niccol created a less than science fiction future that’s almost indistinguishable from our own. I first watched Gattaca in my high school science class, but I had a hard time following the complex premise. It didn’t surprise me to learn it wasn’t a financial success.

Genetic discrimination doesn’t sound exciting, but the older I got, the more fascinating Gattaca became. Ethan Hawke plays the “in-valid” Vincent who has a low life expectancy, but a dream worth rooting for. In order to go to space, Vincent must assume the identity of “valid” wheelchair bound swimmer Jerome. Jude Law makes a strong impression without the use of his legs. Vincent goes to extreme measures using DNA samples from Jerome just to join the Gattaca space program. A murder mystery makes the possibility of Vincent getting caught surprisingly suspenseful.

The impressive cast includes Tony Shalhoub, writer Gore Vidal, Ernest Borgnine, and a very early role for Maya Rudolph. Alan Arkin and Loren Dean play detectives using genetic testing to find the “in-valid” imposter. Vincent is only found out by his younger “valid” brother Anton and his attractive “valid” co-worker Irene. Ethan Hawke and Uma Thurman have great chemistry because they actually fell in love on set. Their steamy romance is kept strictly PG-13. Although it feels open ended at times, Gattaca is a smartly written thriller with an inspirational message to defy expectations. 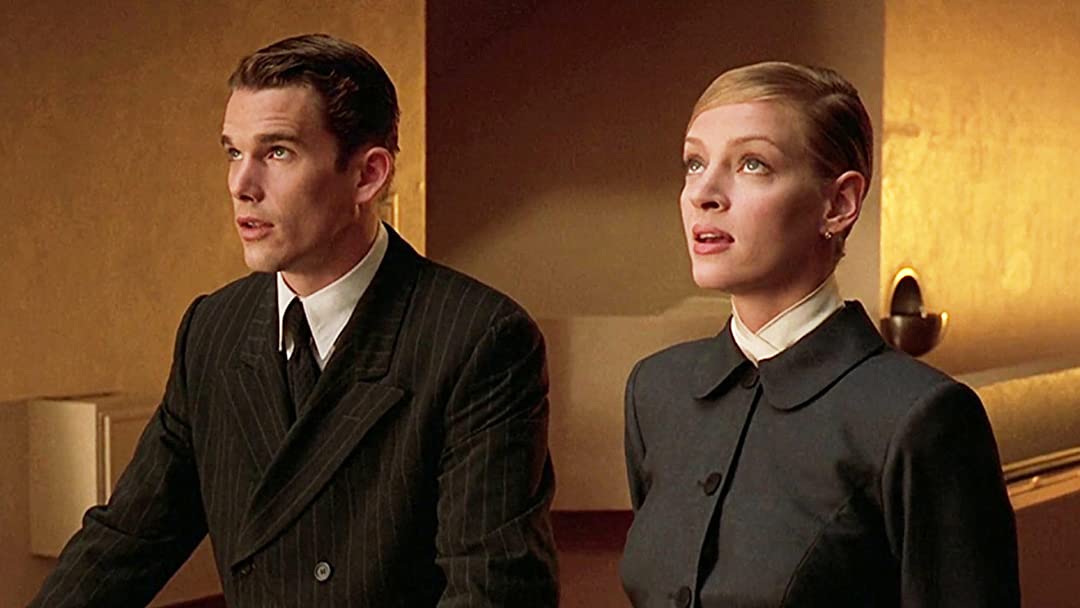 Vincent (aka Jerome) and Irene look up