Memento is arguably Christopher Nolan’s best film. Or at least Christopher Nolan’s best film until The Dark Knight and Inception. When my mom first told me about Memento, I was a little confused. I thought how could a movie be done in reverse. Are characters going to walk backwards and speak backwards? Not exactly. Instead, the movie starts at the end and works its way to the beginning. With shots in between showing the main character Leonard making a phone call. Leonard has anterograde amnesia. Which means he’s unable to make new memories. He uses polaroid pictures and tattooed messages in order to help him remember. His goal is to track down the man who killed his wife and caused his amnesia. The reason, I believe, it was filmed in reverse was to make you as confused as Leonard is. You’ll be totally surprised the first time you watch. It’s one of those movies that’s a different experience the second time you watch it. I shouldn’t give away the ending, let’s just say it’s brilliant. All those reasons are why Memento is a must watch. It’s unforgettable. 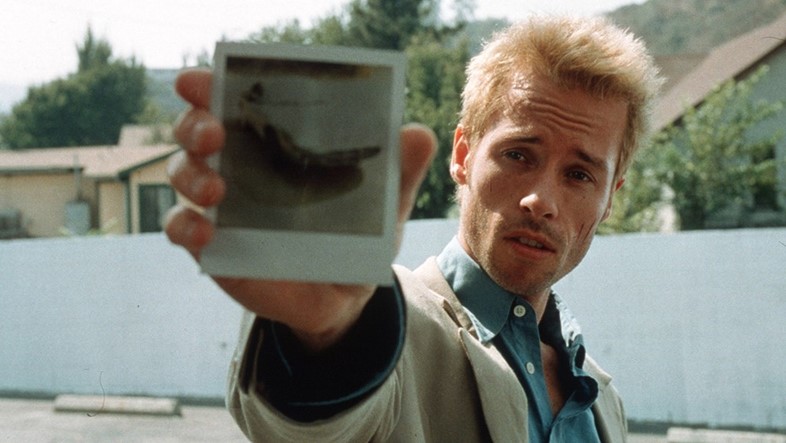 P.S. This review is not written in reverse.