[WARNING! EXPLICIT CONTENT] Eyes Wide Shut is the final film by legendary director Stanley Kubrick. Due to his death 5 months before its release. Some would even call it his “unfinished masterpiece,” but it was definitely finished by that point. For the longest time, my only knowledge of the film was that it was Kubrick’s last picture. How much nudity was in it, that it starred real life married couple Tom Cruise and Nicole Kidman, and that there were (fittingly enough) warning signs from outside sources. All I can say is, it’s important to know what kind of movie you’re getting into. A nearly 3 hour long erotic thriller with Kubrick complexity. The first nude scene is a mere 22 seconds into the movie. As Nicole Kidman disrobes in her first of several nude scenes. Her performance is very raw, but her character is mostly seen in the first act. Tom Cruise plays a doctor and her husband who goes on a night long (Christmas set?) journey after she admits to almost cheating on him. He gets hit on several times, almost sleeps with a hooker, but most importantly, discovers a secret society. This is when things get really weird. The society consists of people in robes and scary masks participating in orgies. Part of it had to be recut just to insure an R rating. However, Eyes Wide Shut doesn’t really get confusing until after that night. Like every other Stanley Kubrick movie I’ve seen up to this point, I was left with mixed emotions and a headache. Until I took a deeper look into the movie. Discovering just how much time (400 consecutive days of shooting!) and meticulous detail was put into it. Eyes Wide Shut is definitely not for everyone, but it is perhaps the best send off for such an iconic director. 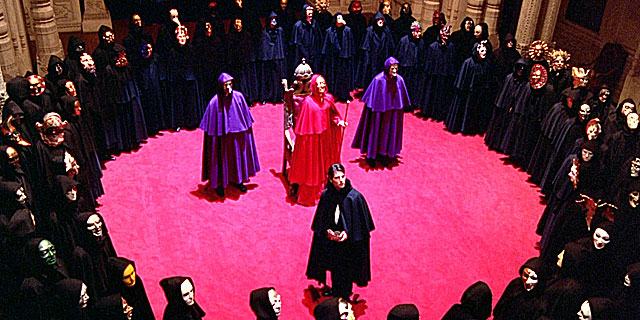 The Happytime Murders is just an insult to the legacy of Jim Henson. Not because it’s an R rated puppet movie, but because it’s directed by his son Brian Henson. Who previously proved his worth on two Muppet movies after his father passed away. I honestly don’t know what he was thinking when he made this. It was so bad that Sesame Street sued them for improper use of their name. The Happytime Murders is done in the style of a buddy cop crime picture. With cast members from a children’s puppet show being murdered. When I first heard about it, I was intrigued. Although I still had a bad taste in my mouth from other R rated versions of kid stuff. Specifically Sausage Party, but where that was generally well liked, The Happytime Murders was hated by most everybody. While I was hoping for a gritty cop movie that happened to feature puppets. Instead what I got was another dumb raunchy comedy that relied on shock humor. Nothing but child friendly things saying and doing adult things. Puppet drug use, puppet hookers, puppet murder, puppet sex, puppet porno, you name it. Phil Phillips is a former puppet police officer living in a world where humans and puppets co-exist. Only puppets are a discriminated minority (like “sock” is an offensive slur) that everyone expects to sing and dance. It’s an interesting idea, but it’s wasted on a by-the-numbers detective story. Melissa McCarthy is wasted and the identity of the killer is extremely obvious. In the end, The Happytime Murders biggest crime is being boring and just plain unfunny. NOT FOR CHILDREN!!! 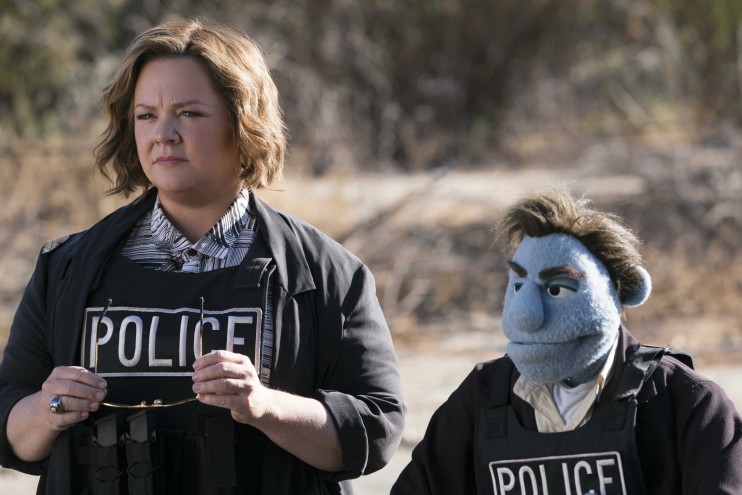 Dirk Diggler (bottom) and Rollergirl (top) get ready to have sex

Showgirls is sick, offensive, insulting, crude, demoralizing, disgusting, cringeworthy, tacky, and trashy. I think that about says it all, but I’ll say a bit more. Showgirls is easily one of the worst movies ever made. There’s literally nothing genuinely good about it. Almost like director Paul Verhoeven became a parody of himself. In regards to his use of excessive adult content. Showgirls tells the story of a woman named Nomi Malone. A drifter who hitchhikes to Las Vegas. What’s her dream, you may ask? Why to become a stripper of course, but that’s not enough for her. She wants to be taken seriously as an exotic dancer. Dancing in a flashy topless volcano show. Which is confusing, considering she could just be a regular dancer and not have to worry about everyone trying to sleep with her. Maybe in some alternate reality this premise works, but it doesn’t here… 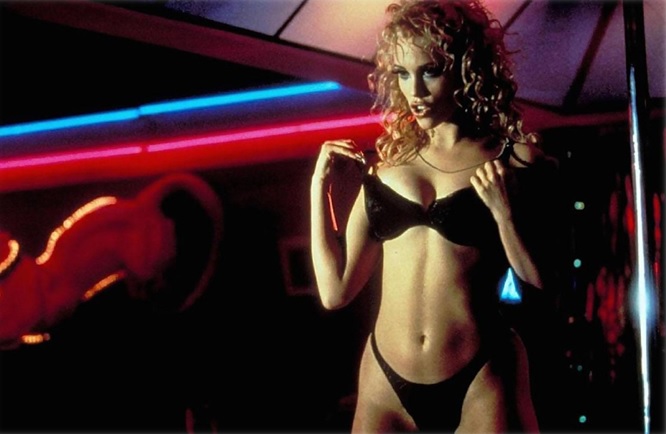 I never watched Saved by the Bell, but I can tell that star Elizabeth Berkley was trying way too hard to shed her good girl image. I mean she is naked way more than she’s clothed. Stripping completely naked, showing every inch of her body, giving lap dances, making out with Gina Gershon, and having awkward spastic pool sex. I’m not sure what kind of actress she was before, but here her acting is unbelievably bad. In Showgirls, every character, especially Nomi, is unlikeable. Trust me, nobody has any redeeming qualities. Nomi overreacts to everything, is always aggressive, and gets away with multiple violent crimes. The only character with any kind of likeability is Nomi’s best friend/ seamstress. And what’s her reward, being brutally beaten and raped. Yeah, screw you Paul Verhoeven! Showgirls takes itself way too seriously at times. The dialogue is all kinds of stupid and delivered very badly. It was also the first NC-17 movie I saw. I discovered its existence when I was about 13. I was curious, but obviously I didn’t watch it until I was older. It’s a good thing it’s NC-17, because it would sicken me if there was even a small possibility that kids went to see it. Luckily though, Showgirls ruined the chance of NC-17 movies being widely released in theaters. It literally swept the Razzie Awards. That’s how bad it is. Winning Worst Picture, Worst Actress & Worst New Star Elizabeth Berkley, Worst Screen Couple for “Any combination of two people (or two body parts!),” Worst Director, Worst Screenplay, and Worst Original Song. Don’t even get me started on the VH1 version of the movie. With its digital bras & panties, entire scenes missing, and bad overdubbing that doesn’t sound at all like the lead actress. So, if it wasn’t for the plethora of naked women in the movie (Yeah, I can’t turn down naked women, even in a movie this awful), I probably would have never seen Showgirls. I just can’t see it as campy stupidity, there’s just too much about it that makes me angry. Which is why I’ll never understand why some people are trying to call it in any way brilliant or deep. Showgirls is just one big hot mess.

Ironic that a movie about food can be so tasteless. Obviously I’m talking about Sausage Party. Warning, this movie contains strong adult content. Well that probably didn’t stop some moronic parents from taking their children to see it. It may be animated, but its Rated R for crying out loud!!! Adults only! But enough about that. When I first heard about this movie I thought, really. There hasn’t been a successful R Rated animated movie since South Park: Bigger, Longer, and Uncut. How is this supposed to work in a market saturated with animated movies that cater to both kids and adults. However, once I found out that the movie was about living food I was a little curious. Then I saw the “red band trailer” and everything became clear. So is it any good? Well yes and no. While I do get the cleverness of the story and I did get a few chuckles out of it. It’s just not my kind of movie. Seth Rogen’s brand of highly offensive, disgusting, goes to far humor is just too much for me to enjoy it. Don’t get me wrong, I do laugh at raunchy humor. It’s just the offensive stuff that I can’t get past. I would not recommend this to anyone and I can not stress this enough, NOT FOR CHILDREN!!!

The food discovers a shocking secret