Journey Back to Oz is the first of many unofficial sequels to the 1939 version of The Wizard of Oz. Despite 3 decades in between, the original was simply too timeless to even attempt to remake. Even in animation. So Journey Back to Oz was both a continuation and a slightly more faithful book adaptation. It’s the only theatrically released Oz movie I forgot to include in my marathon. Despite my brother’s insistence that we watched it when we were younger, I just didn’t know it existed. Neither do most places, because I could only find it in parts on YouTube.

Journey Back to Oz brings Dorothy (and Toto) back to Oz where she discovers a new plot to take over the Emerald City. As in the sequel book, new characters are used. The Wicked Witches unseen cousin Mombi plans to overthrow Oz with green elephants. So Dorothy is joined by Pumpkinhead, Woodenhead Stallion III, and a talking signpost. Actually strike that last companion. The signpost has a song, but serves no purpose to the story. The same can be said for the Scarecrow, Tin Man, and Cowardly Lion. Who suddenly don’t want their defining character traits.

Although released in the theater, the animation is exactly the same as He-Man. Perhaps that’s why it had more success on TV with a live-action Bill Cosby as the Wizard. Probably the most interesting fact about the movie is that Liza Minnelli voices Dorothy. She lives up to her mother’s legacy. Though inoffensive, Journey Back to Oz however does not live up to its legacy. 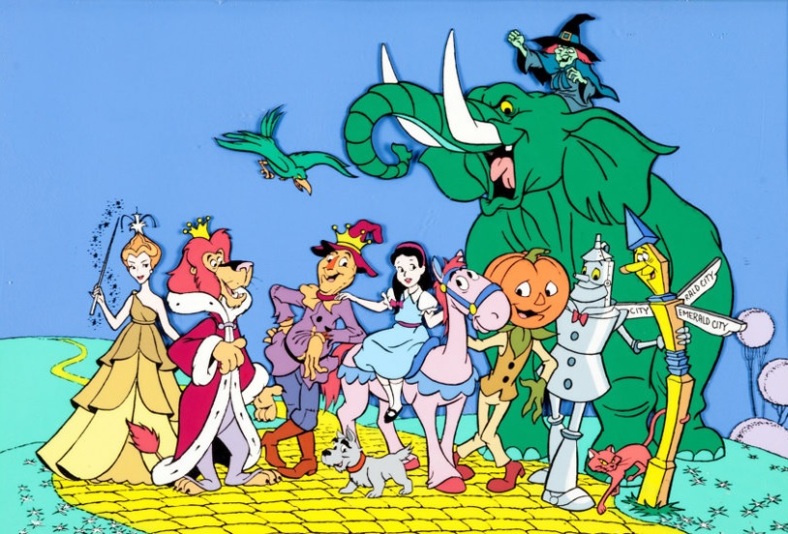