The Divergent Series: Allegiant is basically the reason why we don’t see final books split into 2 parts anymore. After The Deathly Hallows, Breaking Dawn, Mockingjay, and even The Hobbit, Hollywood got way too comfortable with that money making scheme. Veronica Roth’s Allegiant was finally the last straw. The Divergent Series was barely a hit YA franchise to begin with. So thinking audiences would pay to see 4 movies was a risk that didn’t pay off. Allegiant bombed at the box-office and I’m partly to blame for that. Unlike Divergent or Insurgent, my brother and I chose not to see the third movie in theaters. I honestly stopped caring at that point. The worst thing about Allegiant is that it is half a movie. With the lead villain dead, Four’s estranged mother Evelyn leads what remains of the factions in Chicago.

People are still murder crazy as they execute those who were loyal to Jeanine. Leading to a struggle between the factionless and the allegiant. The wall leading to the outside world has been closed off, but Tris, Four, Peter, Caleb, Christina, and Tori managed to grapple themselves over the barrier. The Divergent Series was always science fiction, but what they find over the wall is so advanced that it feels completely different compared to what came before. The environment looks like another planet with a high tech civilization overseeing the outside world. There are weapons that can shield you with drone technology, holographic Chicago surveillance systems, hovercrafts, bubble travel, and futuristic cities. The convoluted reason for the experiment was for the Bureau of Genetic Welfare to repair a contaminated world with genetic testing or something.

Shailene Woodley grew her hair out a bit, but she barely does anything as Tris is given further tests as the only hope for humanity. Four and Christina are learning military stuff and Peter and Caleb are off surveilling. The only new characters worth mentioning are Nita, Matthew, and the Bureau’s leader David. Without Kate Winslet, Jeff Daniels takes over as the clearly evil shady government type. The conflict involves gene purity vs. the damaged citizens of Chicago. The Bureau raid the wastelands to steal children and wipe their memories with amnesia gas. Something they plan to do in Chicago during an anti-climatic climax that was clearly meant for a midway point. The threat of the Bureau continues to loom in the background, but we’ll never see the conclusion since the awkwardly titled The Divergent Series: Ascendiant was cancelled. Like the story itself, Allegiant is proof that forcing a movie to be divided for no reason leads to chaos. 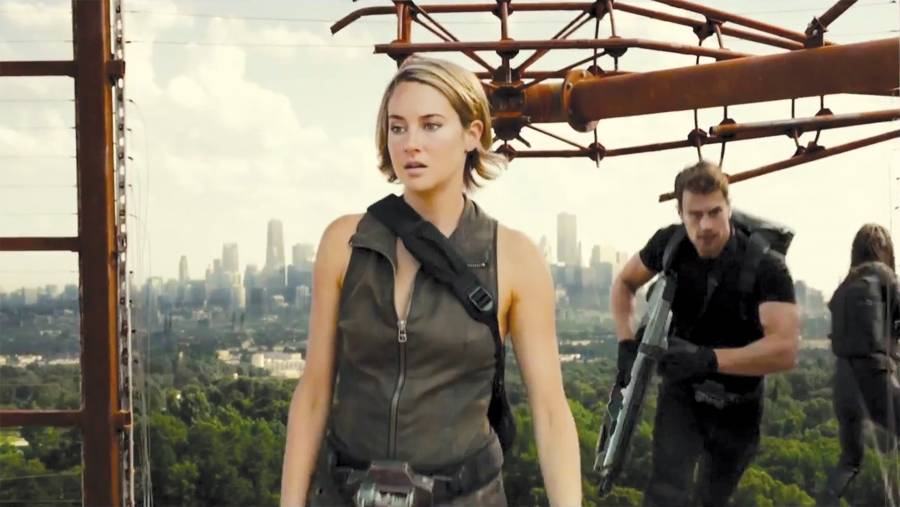 Preceded by: The Divergent Series: Insurgent