Texas Chainsaw 3D is the most needlessly complicated massacre in the confusing franchise. Complete with obnoxious 3D. After 7 installments, they decided to make a sequel that ignores the tone shifting sequels and pointless remakes. Meaning Texas Chainsaw 3D takes place immediately after The Texas Chain Saw Massacre in 1974. The decision isn’t entirely unwelcome since it brought back Gunnar Hansen and Marilyn Burns one last time. Even John Dugan returns as Grandpa. Along with Chop Top actor Bill Moseley as Drayton Sawyer.

Mild Part 2 acknowledgement like the Sawyer name is kept, but the cannibalistic family is the most generic they’ve ever been. None of its many members stand out since they’re all killed when the perfectly recreated home is burned to the ground. A rival clan called the Hartman’s kill them with vigilante justice. All except the now Jedidiah named Leatherface and a baby survive. A baby who somehow grows into the gorgeous Alexandra Daddario despite being a baby in 1974. Heather is the final girl who takes her equally sexy sex-crazed friends to the house she’s inherited. Yet somehow there’s still no overt nudity. All the legality, familial ties, and warring clan stuff don’t belong in a slasher movie.

You shouldn’t have to think when the elderly Leatherface is more murderous than ever. This is one of the goriest installment with very brutal chainsaw and meat hook deaths. SPOILER ALERT! The biggest insult is making Leatherface sympathetic. Since it’s the corrupt Hartman’s who kidnap Heather. Revealing her to be a Sawyer is a serious suspension of disbelief since she’s just too hot to be related to this family. What’s worse is her embracing her cousin, allowing him to kill, and taking care of him like her grandmother Verna Carson requested. Texas Chainsaw 3D is just another mess in an already messy franchise. 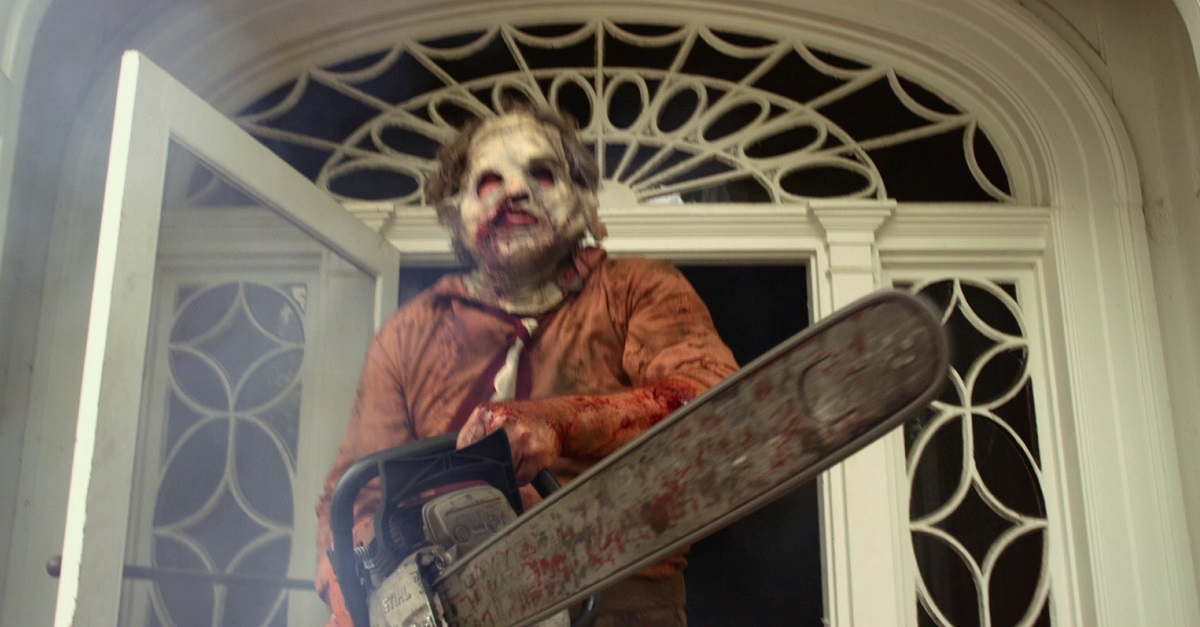 Leatherface pulls out the chainsaw