The Naked Gun 2½: The Smell of Fear is the oddly titled sequel to The Naked Gun: From the Files of Police Squad! Since the first movie was such a success, it only made sense that they’d do another one. Even though most comedy sequels don’t perform as well as the original. While some people have called The Naked Gun 2½ better than the original, it’s hard to say that it is. The Naked Gun 2½ now focuses on a plot to gain control of the nation’s energy. They even work in a parody of President George H. W. Bush. They do put a humorous spin on the idea, but the subject of fossil fuels is still pretty boring even in a comedy. At the same time Lt. Frank Drebin is reunited with his love interest from the first movie played by Priscilla Presley. Leslie Nielsen is at his usual comedic best and O.J. Simpson’s role is still awkward. Unlike the original though, The Naked Gun 2½ works in a lot more pop culture parodies. Like the pottery scene from Ghost, Zsa Zsa Gabor’s arrest, the North by Northwest sex innuendo, or the moon from E.T. There are some good original jokes like the dinner scene, but overall the delivery seems a bit off. More than likely you’ll enjoy The Naked Gun 2½ either twice or half as much. 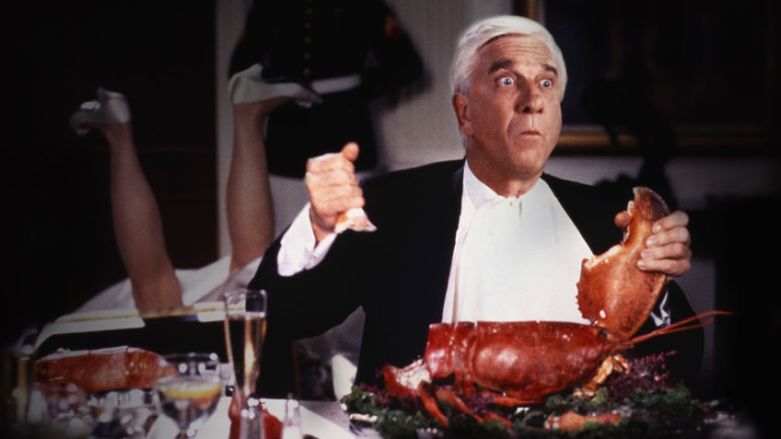 Preceded by: The Naked Gun: From the Files of Police Squad! & Followed by: Naked Gun 33⅓: The Final Insult